Iran tells Europeans not to make “miscalculations” during Vienna talks 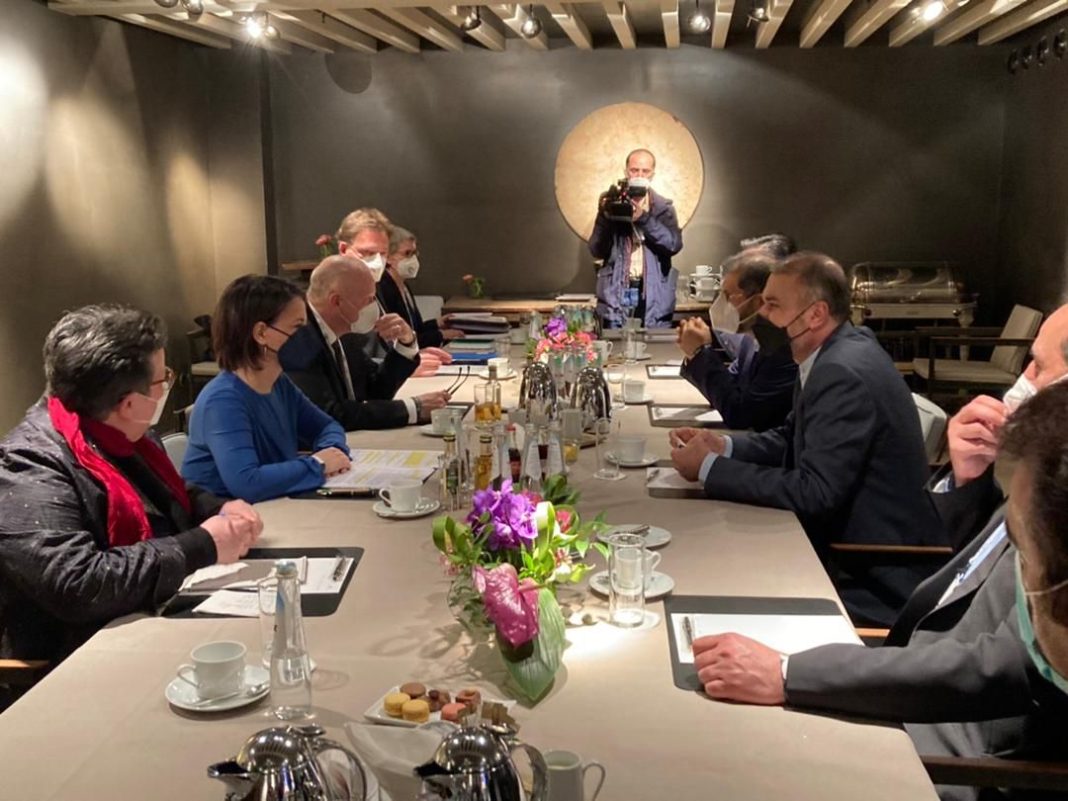 Iran’s foreign minister has called on the European parties to the Vienna negotiations “not to make any miscalculations” during the final phase of the talks.

He made the comment in a meeting with his German counterpart Annalena Baerbock on the sidelines of a security conference in Munich.
Amir Abdollahina reiterated that Tehran has been determined to reach a good deal with other negotiators since day one, adding Iran expects the European sides and all signatories to the 2015 Iran nuclear deal to closely keep Tehran’s red lines in mind.
He said Iran also expects the Europeans to, after years of inaction, play an effective role in restoring the legitimate rights of Iran as the party which suffered losses due to Washington’s unilateral and illegal withdrawal from the 2015 agreement.
He stressed Iran believes the “quality” of an agreement should be assessed within the context of “time.”
“If Iran’s legitimate demands are heeded today, it will be possible to reach an agreement in Vienna,” he noted.
The top German diplomat, in turn, reviewed the breakthroughs made in Vienna and, adding the talks are at a sensitive juncture and that it is necessary that all sides make utmost efforts to pass through this phase in the shortest possible time and usher in a new chapter in their engagement.
He stressed that Iran’s rights must be respected, calling for redoubled efforts to reach a good deal in Vienna.