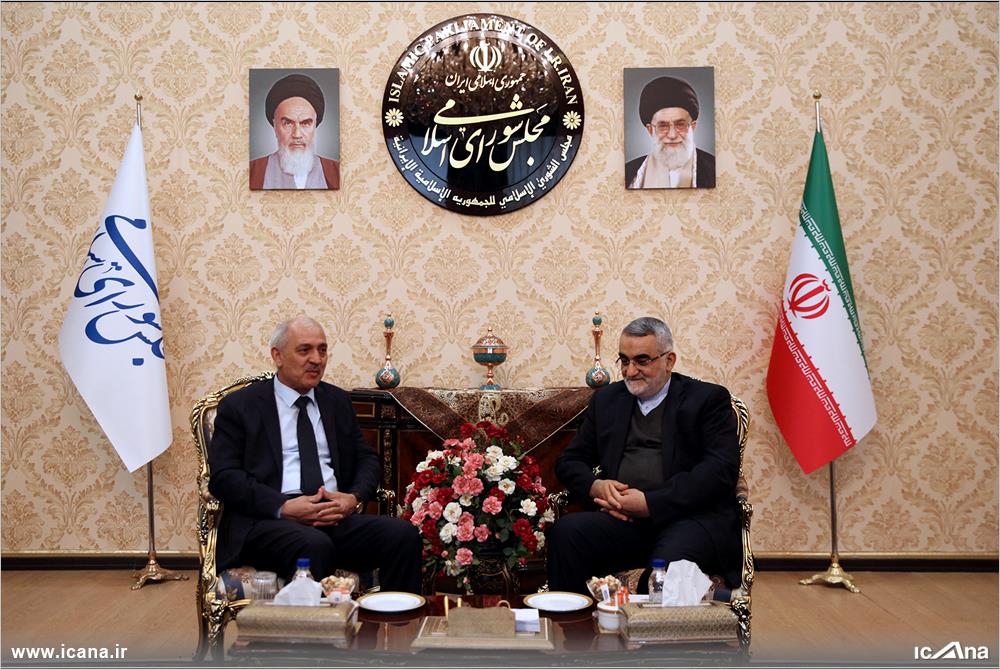 Ala’eddin Boroujerdi, a senior member of Iran’s Parliament, told Tajik Ambassador to Iran Nematullo Emomzoda that age-old cultural and civilizational ties between Tehran and Dushanbe are all the more reason for senior officials from both sides to increase their contacts and consultations.

According to a Farsi report by ICANA, the senior MP touched upon age-old Iran-Tajikistan relations during the meeting.

“Relations between the Islamic Republic of Iran and Tajikistan are strategic ties based on strengthening mutual cooperation,” said Boroujerdi, who chairs the Parliament’s National Security and Foreign Policy Commission.

He said the two countries have numerous commonalities, particularly in the cultural arena, and noted the committee supports any measures aimed at tapping into the existing potential and enhancing reciprocal ties.

He described as significant visits to both countries by Tehran and Dushanbe authorities, urging closer contacts between the two states.

For his part, the top Tajik diplomat congratulated the senior Iranian MP on the 25th anniversary of the establishment of diplomatic relations between the two states and said his country stands ready to forge closer cooperation with Tehran.

He said Iran and Tajikistan have great potential which could be utilised to serve the interests of both nations.

Emomzoda expressed satisfaction over parliamentary meetings and visits between the two sides, and said expansion of such collaboration could help ensure peace and stability in the region.