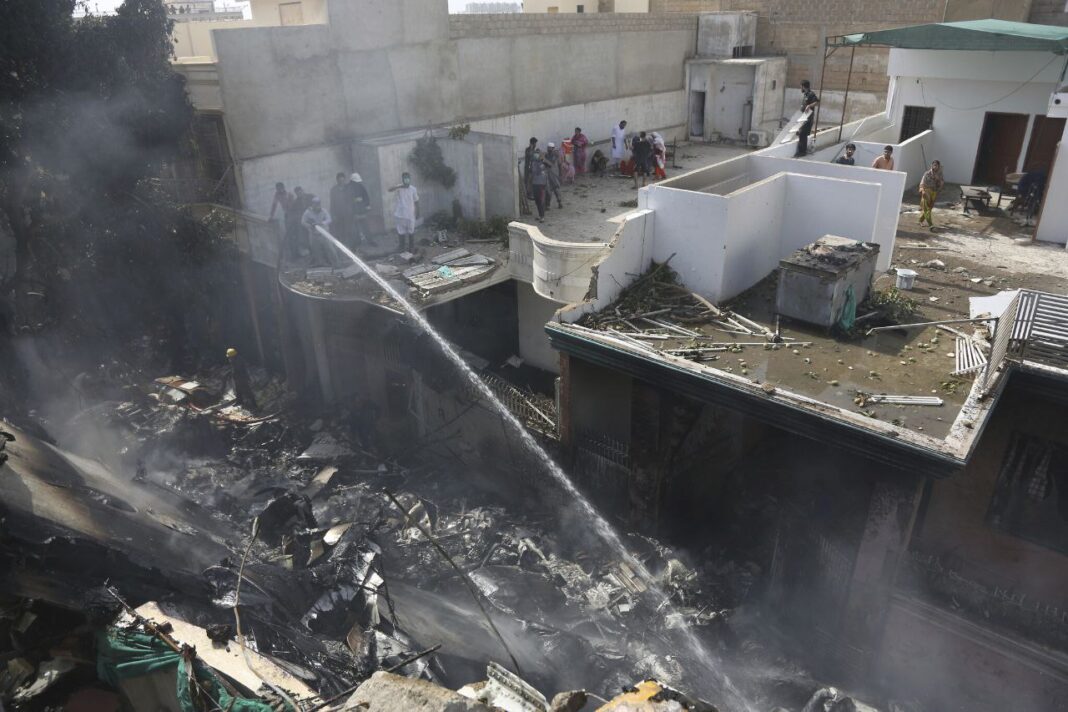 Iran has expressed deep regret over the crash of a passenger plane in Pakistan, which killed dozens of passengers.

In a letter to Pakistani Prime Minister Imran Khan, President Hassan Rouhani said the plane crash was a source of grief and great sorrow.

He further offered condolences to the Pakistani nation and government, and wished health and success for PM Khan and prosperity for the people of the neighbouring country.

Foreign Ministry Spokesman Seyyed Abbas Mousavi also released a statement on Friday, offering sympathy to the Pakistani nation and government, especially the families of the victims of this tragic incident.

He also expressed deep regret over the tragedy.

The Pakistan International Airlines Airbus A320 flying from Lahore crashed in the densely populated Model Colony residential area of Karachi.

The pilot had reported a loss of engine power and subsequently issued a mayday.

TV footage showed rescue crews combing through debris strewn across the streets of Model Colony, 3.2km (two miles) north-east of the airport. A number of houses were destroyed.