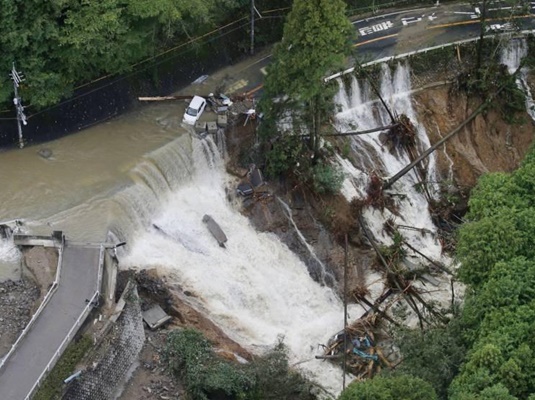 Iranian foreign ministry spokesman has expressed regret over the casualties and damages caused by the recent deadly Typhoon Lan in Japan.

In a statement on Wednesday, Foreign Ministry Spokesman Bahram Qassemi offered sympathy to the Japanese nation and government and the bereaved families of the typhoon’s victims.

Typhoon Lan blazed through Tokyo on Monday morning after making landfall along the central Pacific coastline earlier in the day, leaving seven people dead as it pummelled Honshu with heavy rain and strong winds.

Mass transport was disrupted as the storm approached the Japanese archipelago, with railways cancelling or reducing morning train runs and airlines suspending flights, according to Japan Times.

With an atmospheric pressure of 950 hectopascals at its centre and packing winds of up to 198 kph, the season’s 21st typhoon brought particularly heavy rain to western Japan as it approached, dumping some 800 mm in the 48 hours through Sunday evening in Wakayama Prefecture, and 700 mm in Mie, the Meteorological Agency said.