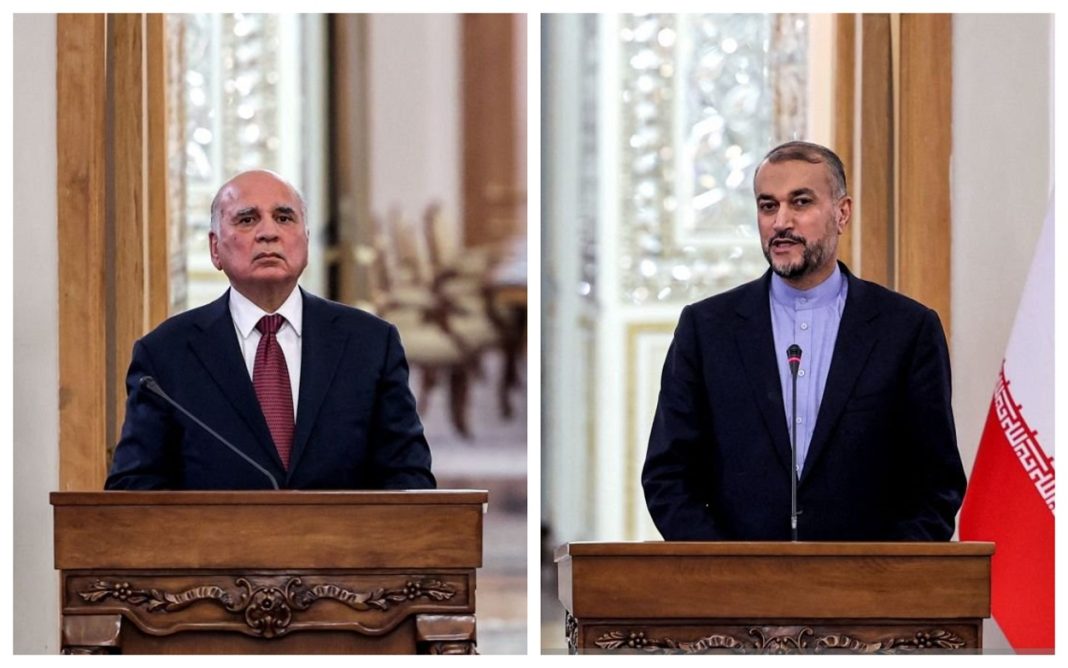 The Iranian foreign minister has sympathized with the Iraqi government and nation over the deadly attack in the Iraqi Kurdistan region.

In a telephone conversation with his Iraqi counterpart Fuad Hussein, Iranian Foreign Minister Hossein Amirabdollahian condemned the shelling of the city of Zakho in Dehouk Province in the north of Iraq’s Kurdistan region.

The attack killed a number of people including women and children as well as families who were touring the area.

Amirabdollahian sympathized with the families of the victims as well as the Iraqi government and nation.

The Iranian Foreign Minister also notified his Iraqi counterpart of the decisions adopted at the Astana summit in Tehran and views of the presidents of Iran, Russia and Turkey.

The Iraqi foreign minister also thanked the Islamic Republic of Iran for its sympathies and condolences over the death of civilians in the shelling.

Fuad Hussein said strongly condemned the shelling of the region as a violation of Iraq’s sovereignty and territorial integrity.

The Iraqi foreign minister rejected the claim that terrorists are in the area, as a lie.