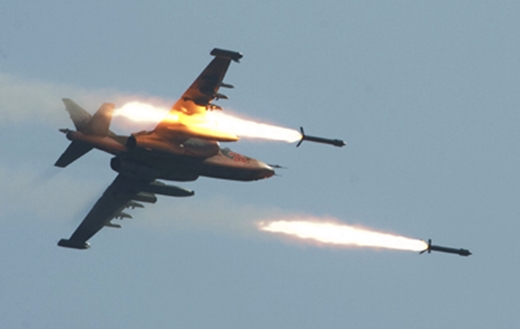 Deputy Foreign Minister Hossein Amir-Abdollahian said Iran and Russia have always supported the people and government of Syria in the face of terrorism.

A senior Iranian diplomat has reaffirmed Iran’s support for Russia’s airstrikes against IS terrorists waging havoc in the war-ravaged country of Syria.

Iran and Russia have always supported the people and government of Syria in the face of terrorism, he added.

Moscow began its military campaign against terrorists in Syria on September 30 upon a request from the Syrian government.

The deputy foreign minister stressed that US policies on terrorism have resulted in regional instability, adding, Washington’s support for the Saudi war on “the people of Yemen” has led to the formation of “a new wave” of terrorism in the Middle East that is further “threatening the world.”

The international community should take the threat of terrorism in Syria, Iraq and Yemen seriously, Amir-Abdollahian noted.