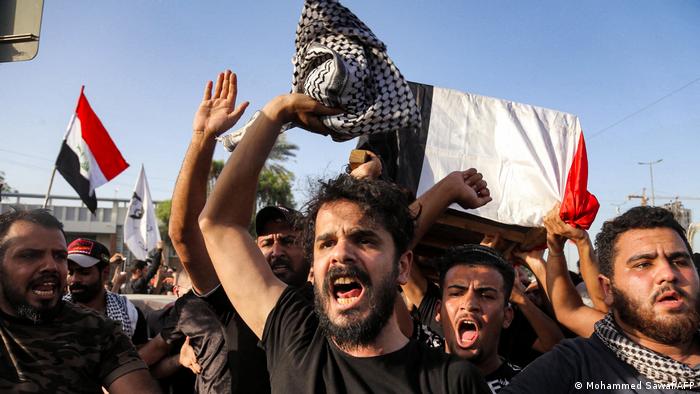 The Ministry of Foreign Affairs of the Islamic Republic of Iran has summoned the Iraqi ambassador to protest at the attack of a group of rioters against the Iranian Consulate in Karbala.

In the meeting with the Iraqi ambassador to Tehran, the director-general of the Foreign Ministry’s Protocols Department condemned the attack, and urged the Baghdad government to maintain security measures and arrangements in order to protect Iran’s diplomatic sites according to the 1963 Vienna Convention.

The Iraqi envoy, in turn, said the government of his country, as the host nation, is committed to ensuring the security and safety of the sites of foreign missions.

Earlier in the day, Iran’s Foreign Ministry Spokesman Saeed Khatibzadeh had told reporters that Iran late Sunday handed over a “letter of protest” to the Iraqi embassy in Tehran and urged the neighbouring Arab nation to pursue the case under international conventions.

“Iran strongly condemns attacks on its diplomatic sites in Iraq,” said Khatibzadeh in a weekly briefing in Tehran.

A day earlier, Iraqi protesters set fire to trailers belonging to Iran’s consulate in Karbala amid widespread anger over the killing of Ehab Wazni, an activist who took part in anti-government protests that swept Iraq in October 2019. He was shot overnight Saturday outside his home by unknown assailants.