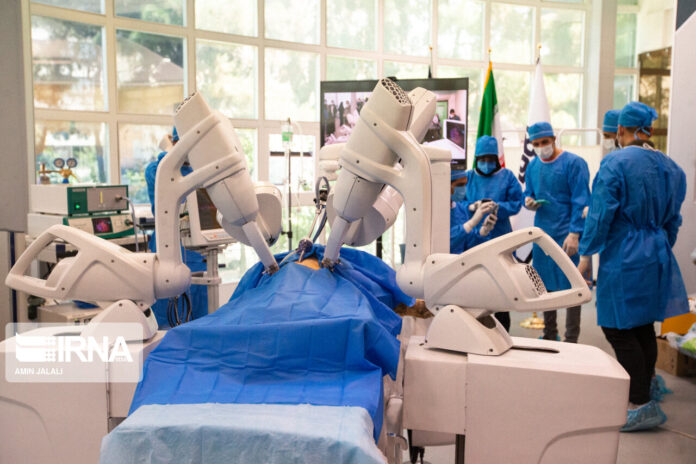 The first remote robotic surgery in Iran has successfully been performed on a dog.

The operation was carried out using a surgeon robot developed by the Iranian knowledge-based Sina Robotics and Medical Innovators company.

The surgery was done by Dr. Talebpour stationed at Imam Khomeini hospital while the robot and the patient, which was a dog, were both at Sina hospital during the operation.

Sorena Sattari, the vice president for science and technology, was also present while the remote surgery was being performed.