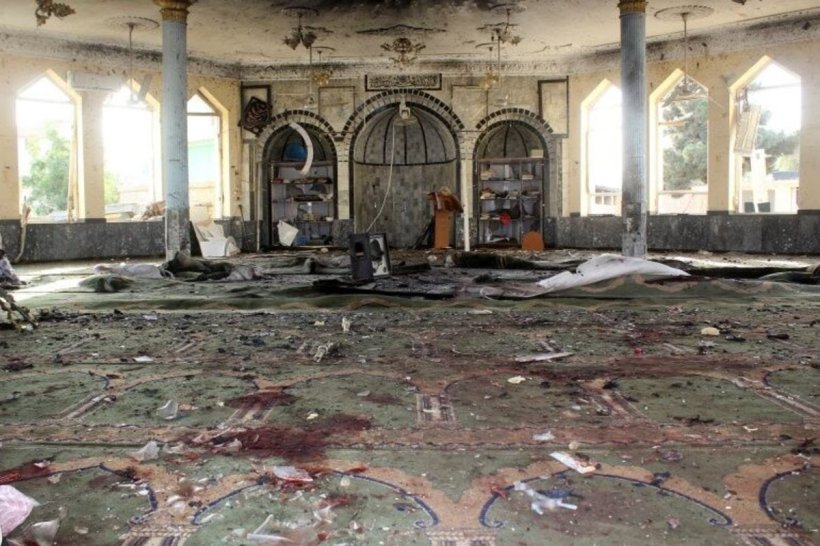 The Iranian Foreign Ministry has issued a statement in condemnation of Friday’s terrorist attack in Kandahar, Afghanistan. The attack, a bomb blast, happened at the Fatemieh Mosque in Kandahar.

Once again the enemies of Islam pulled the strings of the criminal Takfiri terrorists and spilled the blood of a number of the oppressed people of Afghanistan during Friday prayers.

The Iranian Foreign Ministry strongly condemns the terrorist attack by the Takfiris at the Fatemieh Mosque in Kandahar which martyred and wounded a large number of worshippers.

The Foreign Ministry offers condolences to the honorable families of the martyrs and the dear people of Afghanistan and it prays for patience and divine reward for the bereaved families and fast recovery for those injured in this inhumane crime.

The Foreign Ministry also warns of plots by the Islamic ummah’s enemies to cause divisions and stresses the need for unity and solidarity among Shias and Sunnis and for rejection of violence and extremism in the name of Islam. This heart-wrenching incident and the past tragic events including the terrorist attack in Konduz highlight more than ever before the need for beefing up security and boosting protection of Shia and Sunni worshiping places and other gatherings in Afghanistan. The Islamic Republic of Iran is confident that our Muslim brothers and sisters in Afghanistan will foil the divisive schemes of their enemies through solidarity، co-thinking and joint efforts.