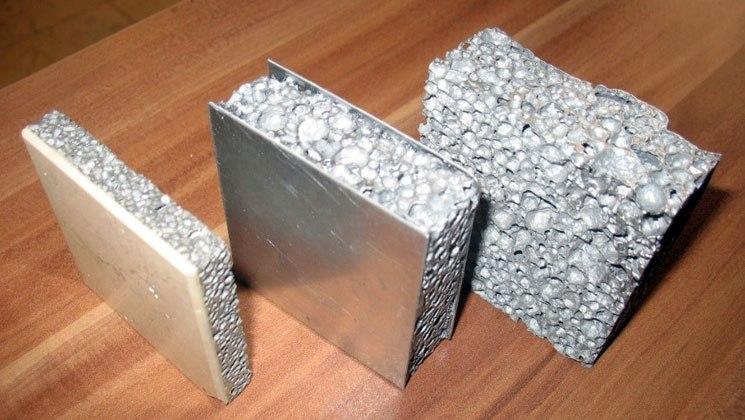 The Iranian government says local industralists have made the country self-sufficient in production of closed-cell aluminum foam following the US sanctions.

Closed-cell aluminum foam is one of the strategic products in the field of materials that is obtained by porous casting.

With the introduction of US sanctions, global manufacturers refused to sell it to Iran, and this motivated knowledge-based companies to turn Iran into the sole manufacturer of this product in the region, a report by Iran’s Vice-Presidency for Science and Technology says.

Some industrial materials and products in the field of metals and casting were among the first items to be included in the sanctions list. This created a spontaneous movement among knowledge-based companies of Iran to seize the opportunity to make the Islamic Republic forever independent from imports from other countries.

Closed-cell aluminum foam is one of these products that was localised with the help of technology activists.

Kianoosh Asgari, CEO of Rahyaft New Technologies Company says Aluminum closed cell foam is one of the most widely used products in various industries and this high demand in the country has increased its importance.

“This product is aluminum metal, which is produced by porous casting. Due to some features such as very low weight, high energy absorption, sound absorption, thermal insulation, vibration absorption, wave absorption and ignition resistance, this particular type of metal has a wide variety of applications in various industries.”

This product is also resistant to corrosion and is compatible with the environment. In the global classification, this substance is considered as an advanced substance and is known as one of the 10 substances of future generation. The number of countries with technical knowledge of this product is less than 10 in the world,” added Asgari.

“The price of the product produced in Iran is almost one third of the same foreign sample, and this made the domestic producer more spirited than the importer. Due to its special properties, this product is used in various industries such as construction industries (lightening and earthquake resistance), transportation industries, automotive industry and anti-fire and anti-theft doors.”

Asgari underlined that the company was founded in 2015 and its founders include faculty members from Amirkabir and Tehran Universities and some other experienced industry executives.

The company works in the field of materials engineering in the form of an industrial clinic and, in addition to aluminum foam, has two other knowledge-based products.

“Aluminum foam has been the product of more than 12 years of research and development by one of the company’s founders, and prior to its production, the research was published in several international journals.”

Asgari further cited consulting support among the services the company has received from the Vice Presidency for Science and Technology.

“We hope to increase the amount of production by attracting the necessary investments due to the high capacity of such products as this product has a very high added value and about 99% of its consumables are supplied domestically.”

As none of the countries in the region are producers of this product and the producing countries are very limited we hope that in addition to domestic consumption, we will add new export destinations to the list of buyers of this product, concluded Asgari.