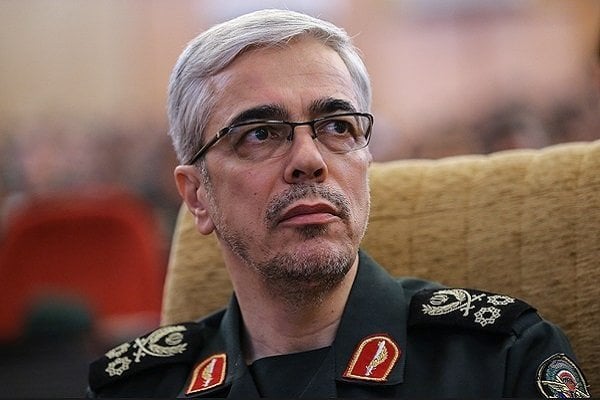 Chief of Staff of the Iranian Armed Forces says Iran, from the very first day, was not totally in favour of the 2015 nuclear accord, which is now at stake after US withdrawal.

“The JCPOA was not our favourite option from the very first day and we should not have accepted it, but the Iranian nation agreed to the pact to leave no excuse,” said Major General Mohammad Baqeri on Wednesday.

“[The US exit] proved we should stand on our own feet and do not rely on such things as JCPOA,” he said, adding that the country needs to depend on domestic capacities to make progress.

US President Donald Trump on Tuesday pulled the United States out of an international nuclear deal with Iran.

Trump said in a televised address from the White House that he would re-impose US economic sanctions on Iran to undermine “a horrible one-sided deal that should have never, ever been made.”