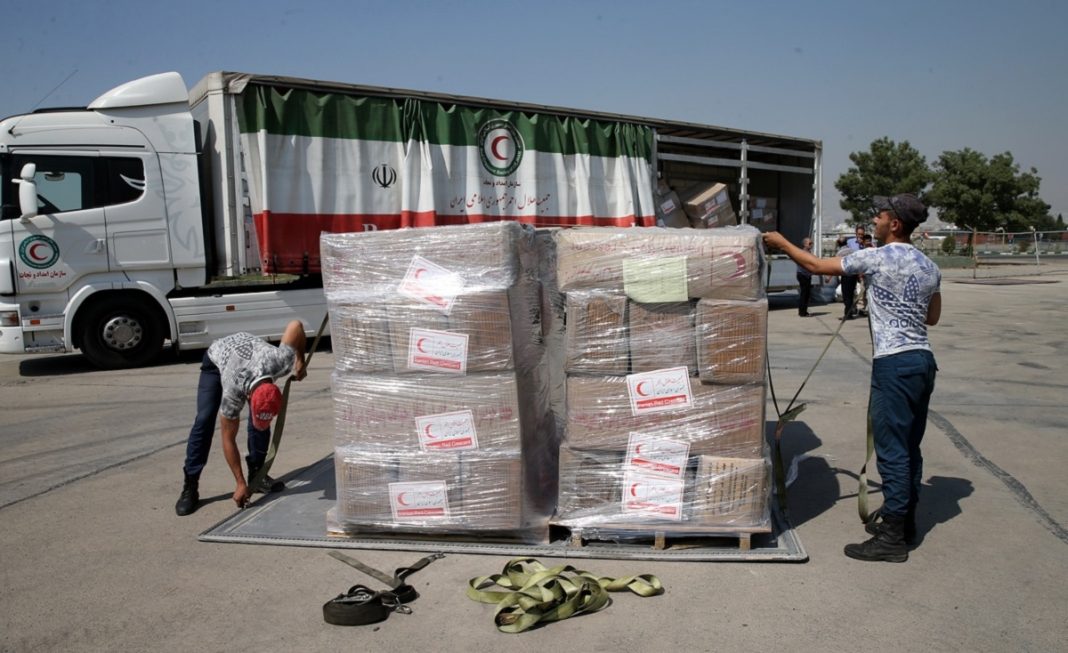 Iran has sent a new shipment of humanitarian aid to Afghanistan for the families of the victims of the recent terror attacks in the war-hit country.

The aid package is part of Tehran’s continued assistance to Afghanistan which is grappling with a crisis caused by decades of war and US-led occupation.

Iran’s Tasnim News Agency said the aid was sent to Afghanistan on an airplane, which landed at the Kabul Airport on Wednesday.

Iran’s Consul in the northern Afghan city of Mazr-e-Sharif, Seyyed Hassan Yahyavi, said the relief aid was delivered to local authorities in Balkh Province so that they would distribute it among the families of those martyred and injured in the recent terrorist attacks in Mazr-e-Sharif.

Iran also gave some aid to the families of the victims of a mosque bombing in Konduz Province.

Iran’s Consulate General in Mazr-e-Sharif also gave cash money to the families of those killed or wounded in the recent acts of terrorism.

The attacks hit Shia and Sunni mosques or public places in Afghanistan, killing many.
In addition to providing aid to the families of the victims, Iran has demanded the Taliban rulers of Afghanistan investigate the incidents and bring those behind the crimes to justice.