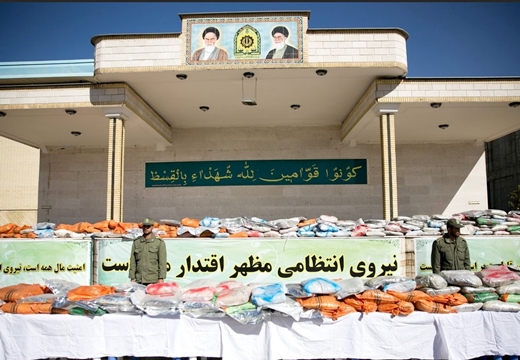 The volume of illicit drugs seized has registered a 21 percent rise in the eight months to December 22 compared with corresponding period last year.

In the eight months to December 22, Iranian police have seized more than 442 tons of illicit drugs from traffickers, a spokesman for the Anti-Drugs Commission said Sunday.

The following is the translation of what else Ettela’at daily quoted Parviz Afshar as telling a news conference:

The volume of illicit drugs seized has registered a 21 percent rise over corresponding period last year. In terms of quantity opium, hashish and heroin top the list of seized items.

The number of arrests and anti-drug sweeps during the eight-month period was up 19 percent, while the number of busts increased six percent.

The number of firearms and cars seized from traffickers was up four and 10 percent respectively.

Only 10-12 percent of the budget allocated to the insurance of addicts has been paid out.

The commission is bitterly opposed to proposed plans to vasectomize drug addicts that openly do drugs on the streets.

The lack of optional treatment and failure of insurance companies to cover the costs of rehabilitation are to blame for an increase in the numbers of homeless drug users.

The commission is not opposed to elimination of the death penalty from the list of punishments stipulated for drug traffickers. It believes small-time dealers should be spared, and death sentences should be handed down in cases involving ringleaders and those who get involved in armed clashes with security forces and commit kidnapping, murder and other serious crimes.