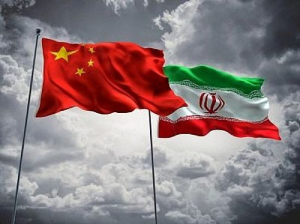 Iran’s foreign ministry spokesman says the Iran-China comprehensive cooperation program in the domain of trade, economy and investment is being followed up.

“What is known as the 25-year Iran-China Road Map is an agreement on comprehensive cooperation between the two countries,” said the spokesman.

“This pact has different dimensions, including parliamentary ties, the private sector and even judicial relations; so, different institutions are following up on this document,” he added.

“Some more detailed documents, namely on private sector interactions in the fields of energy, new technologies and IT have been prepared, interactions between Iranian ministries and their Chinese counterparts started long ago and have been taking place on a regular basis, namely in the domains of energy and expansion of ports,” he explained.

He said visit to both countries have been limited due to coronavirus restrictions, but added the two sides have been in contact online.

He said one of the outcomes of the Tehran-Beijing cooperation agreement has been the import of tens of millions of vaccines from China.