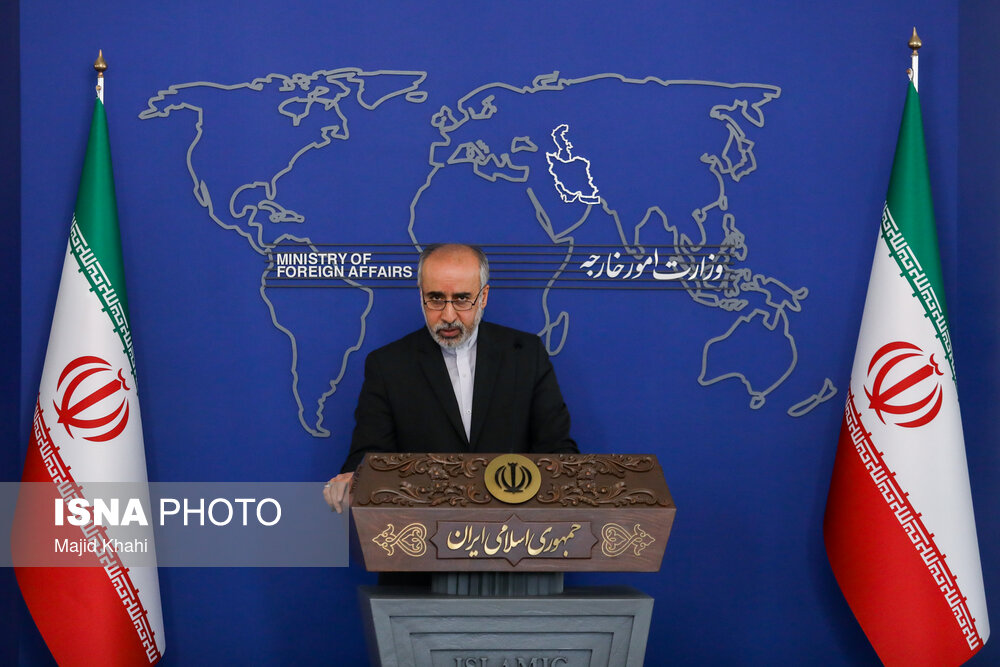 Iran has warned of a "decisive and effective" response, if an anti-Tehran resolution is ratified by the board of governors of the International Atomic Energy Agency.

Foreign Ministry Spokesman Nasser Kanaani has commented in reaction to the move by the four countries of the US, the UK, France and Germany to propose a resolution against the Islamic Republic in the IAEA.

“There is no doubt that, in case of the ratification of the resolution, Tehran’s response will be decisive and effective,” said Kanaani.

“The Islamic Republic of Iran condemns the move by the US and the three European countries of the UK, France and Germany to propose an anti-Iranian resolution to the Board of Governors of the IAEA and rejects it as unacceptable and void,” Kanaani added.

“Over the past weeks, the delegation of the Atomic Organization of Iran was holding talks and interacting with the director general of the IAEA, with a progressive outlook, to find a practical solution to resolve the complicated and technical topics on safeguards. This leaves no justifiable and technical reason or safeguard emergency to table a resolution against Iran,” the foreign ministry spokesman added.

“There is no doubt that the US, the UK, France and Germany, as the main sponsors of this anti-Iran resolution, have misused the recent situation, and have proposed the ratification of this resolution to the Board of Governors solely with the motive and aim of exerting political pressure on Iran, which is a move that will negatively affect the process of the technical resolution of the issues cited by the agency,” Kanaani stressed.

“The Islamic Republic of Iran is committed to the implementation of the comprehensive safeguards agreement and continued cooperation with the agency under the same agreement. The fact should not be forgotten, however, that the continued implementation of the safeguards and the large-scale verification activities of the IAEA in Iran over the past two decades have been possible only in the light of Iran’s cooperation and goodwill,” the foreign ministry spokesman also underlined.