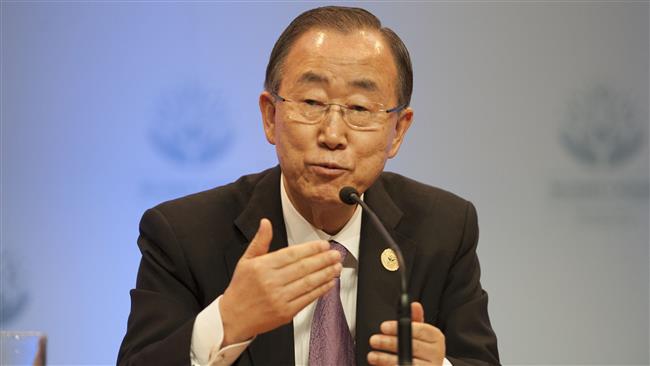 “I hope that both Iran and Saudi Arabia, despite mistrust and difficulties, will bring realism, responsibility and compromise to their dealings, and to the region,” Ban said in a speech in the Omani capital of Muscat on Monday.

The UN chief also expressed hope that the implementation of a nuclear agreement between Iran and the P5+1 group of countries and the lifting of nuclear-related sanctions against Tehran will lead to “increasingly responsible behavior in the region.”

Iran and the five permanent members of the UN Security Council – the United States, France, Britain, China and Russia – plus Germany started to implement the Joint Comprehensive Plan of Action (JCPOA) on January 16. After JCPOA went into effect, all nuclear-related sanctions imposed on Iran by the European Union, the Security Council and the US were lifted. Iran in return has put some limitations on its nuclear activities. The nuclear agreement was signed on July 14, 2015 following two and a half years of intensive talks.