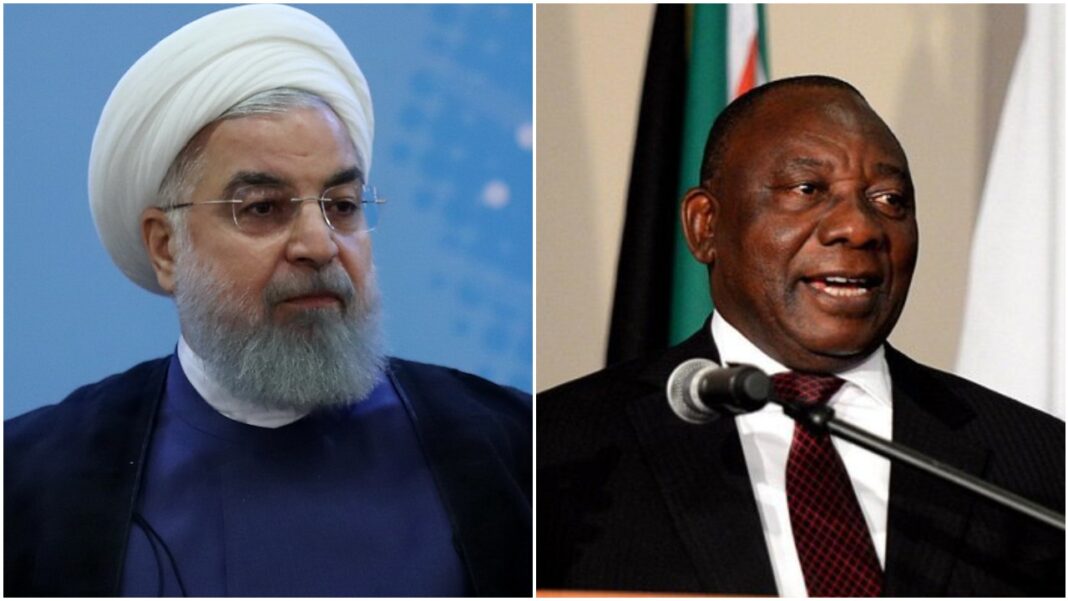 The presidents of Iran and South Africa have held a telephone conversation to explore the avenues the two countries can pursue to stand against the US sanctions, contribute to peace in Syria and Yemen, and share the experiences and information in the fight against the novel coronavirus pandemic.

In the telephone conversation on Tuesday, Iranian President Hassan Rouhani and his South African counterpart Cyril Ramaphosa called for the expansion of economic and trade ties between the two countries, stressed the need to share experiences and information in the battle against the coronavirus, and weighed plans for health and scientific cooperation between Iran and South Africa in dealing with the disease.

Hailing the stellar record of economic cooperation between the two countries, the presidents also called for the employment of fresh capacities to promote the mutual cooperation and carry out joint projects.

President Rouhani and Ramaphosa also emphasized the necessity of strengthening international cooperation in order to stand against the anti-human sanctions imposed by the US, oppose the inhumane crimes against the oppressed Palestinian nation, and try to establish peace and calm in Syria and Yemen.

In the conversation, President Rouhani denounced the US government’s inhumane and illegal sanctions against the Iranian nation, saying, “While the world is engulfed by the coronavirus epidemic and the policies must be shifted towards relations with the (other) countries, sadly the US has intensified the unlawful sanctions against the Iranian nation, has violated the world health regulations besides trampling on international rules, and is even preventing the health and medical trade with Iran.”

Iran expects South Africa, as a non-permanent member of the United Nations Security Council, to further oppose the US’ unilateralism and Washington’s illegal sanctions against Tehran at the UN and the other international organizations, President Rouhani noted.

For his part, the South African president said, “We are fully aware of the US’ unjust and illegal measures against Iran and will keep supporting Iran.”

“Now is the time that we must take action together against the common enemy (coronavirus), and it is not the appropriate time to create problems for the nations by imposing sanctions and mounting the pressures,” Ramaphosa underlined.