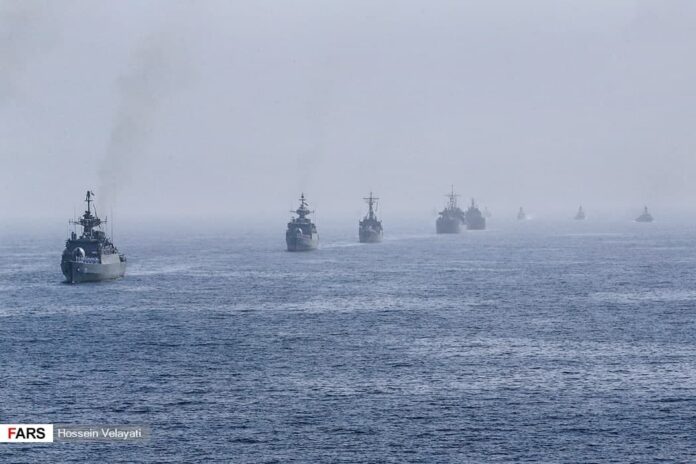 Iran and Russia have kicked off joint naval maneuvers called “Marine Security Belt” in the north of the Indian Ocean.

The maneuvers involve naval and air units of the Navy of the Iranian Army as well as the Navy of Iran’s Islamic Revolution Guards Corps (IRGC).

A Russian frigate, bunkering vessel and helicopter are also taking part.
The military exercises are aimed at honing the skills of both countries’ naval troops in ensuring maritime security.

The drills come to boost security for international maritime trade and increase capabilities to tackle piracy and terrorism at sea.

Among other objectives is to exchange experience on naval aid and rescue operations.
The exercises are carried out across an area spanning 17-thousand square kilometres.