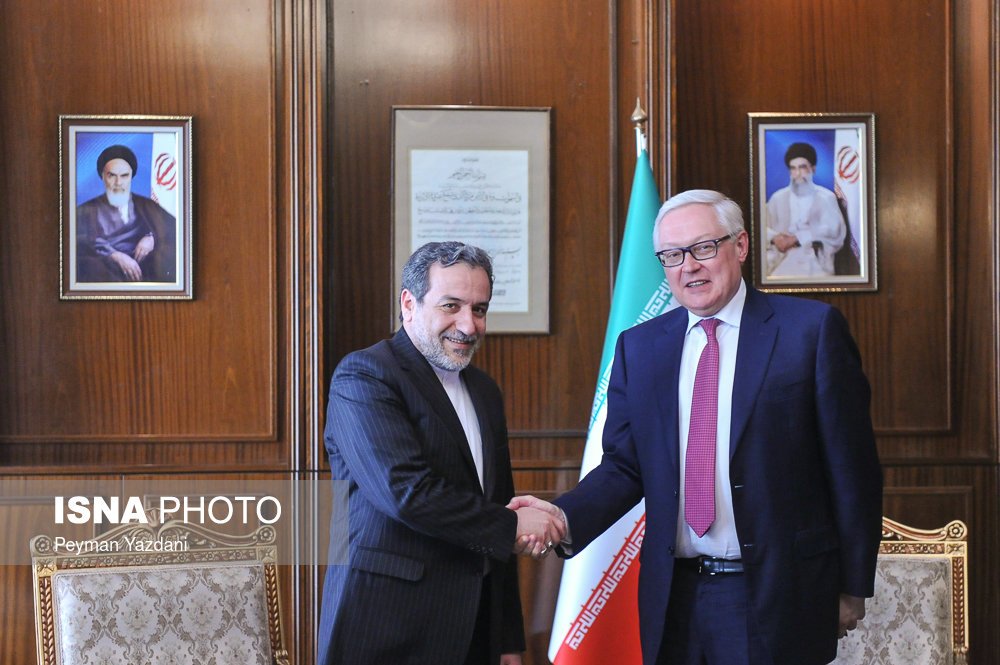 During the talks, which were held in the wake of the US withdrawal from the Iran nuclear deal, the the two diplomats mainly conferred on the implementation of JCPOA and how to keep the deal in place without the US.

The Russian diplomat expressed regret over the US pull-out, describing the move as a threat to international peace and security.

Ryabkov said Russia is fully committed to the implementation of JCPOA, and stressed the need to cooperate with other parties to keep the accord alive.

The Russian diplomat also said Moscow will continue to deepen its cooperation with Iran in all aspects.

For his part, Araqchi pointed to various cases of US violation of its obligations during the JCPOA, saying Iran will continue to talk with JCPOA parties to see if it is possible to keep the deal in place.

The Iranian diplomat said it could be feasible to save JCPOA if other parties to the accord provide firm assurances that Iran’s interests will be served and compensate for the repercussions of the US pull-out.

US President Donald Trump announced Tuesday night the country will walk out of the pact.

The US withdrawal met with widespread criticism across the globe.

The leaders of Britain, Germany and France, which were signatories to the deal along with China and Russia, said in a joint statement that Trump’s decision was a source of “regret and concern.”

Russia and China have announced they would try to block any US attempt to sabotage the nuclear deal, which imposed restrictions on Iran’s nuclear work in return for the removal of anti-Tehran sanctions.

The Iranian government has announced it will wait a few weeks before deciding its JCPOA approach, in the hope that other parties will cooperate to keep the deal alive.