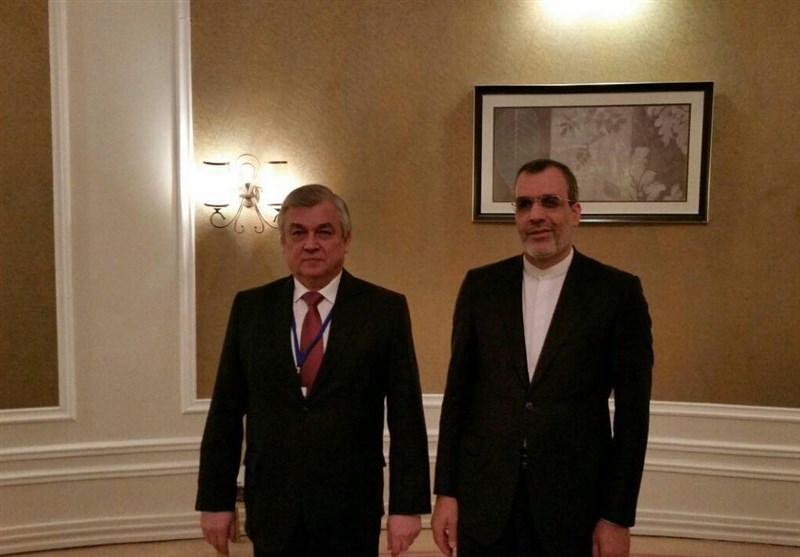 During the Saturday meeting in Sochi, the two diplomats conferred on the agenda of the Syrian National Dialogue Congress. They also discussed arrangements for holding the conference which is to be held on January 30 in Sochi.

Jaberi Ansari and Lavrentiev, who are the top negotiators of Iran and Russia in the Astana Process, further talked about the upcoming trilateral meeting between the three guarantor states of Astana Process – Iran, Russia, and Turkey – which will be held in later on Saturday.

In the Friday meeting, which was held at the Russian Foreign Ministry building, the two sides discussed the latest developments in Yemen, Iraq, Libya, Palestine, and also the Syrian National Dialogue Congress.

The Iranian diplomat stressed that the issue of Syria constitutes an important part of consultations, saying that on Saturday these talks would continue at the Sochi tripartite Summit with Russian and Turkish partners who are part of Astana Talks as well.

The Syrian National Dialogue Congress will be held in Sochi on January 29-30 following a similar initiative by Russia, Iran and Turkey in Kazakhstan.

Many hope the talks could bring an end or significantly reduce the militancy in Syria although the United Nations insists that the initiative should not circumvent efforts led by the world body for reaching a political solution in Syria.

On November 22, Iranian President Hassan Rouhani and his Russian and Turkish counterparts Vladimir Putin and Recep Tayyip Erdogan met in Sochi. They agreed to hold the Syrian National Dialogue Congress in the Russian city aimed at bringing to the table both the Syrian government and various opposition groups willing to enter into peace talks with Damascus.