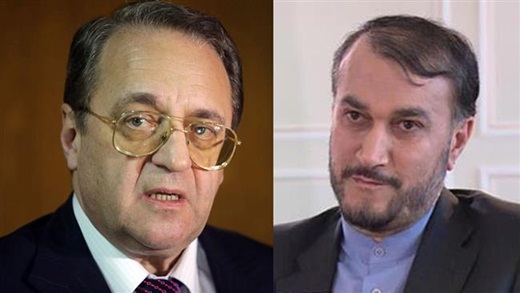 The Iranian and Russian diplomats reaffirm their countries’ mutual support for negotiations among all concerned parties in the Yemen conflict.

An Iranian deputy foreign minister and his Russian counterpart have called for a halt to Saudi Arabia’s onslaught on Yemen so that humanitarian aid could be sent to the war-torn country.

They also expressed their concerns over a surge of terrorist activity in the Arab country.

Both diplomats went on to reaffirm their countries’ mutual support for negotiations among all concerned parties in the Yemen conflict at a location accepted by those involved in the crisis.

Saudi Arabia is continuing its brutal airstrikes against Yemen despite the deteriorating humanitarian situation in the impoverished country.

Riyadh launched its military aggression against its impoverished neighbor on March 26 – without a United Nations mandate – in a bid to undermine Yemen’s Houthi Ansarullah movement and to restore power to the country’s fugitive former president, Abd Rabbuh Mansur Hadi, who is a staunch ally of Saudis.

Saudi Arabia has also been blocking aid to Yemen.