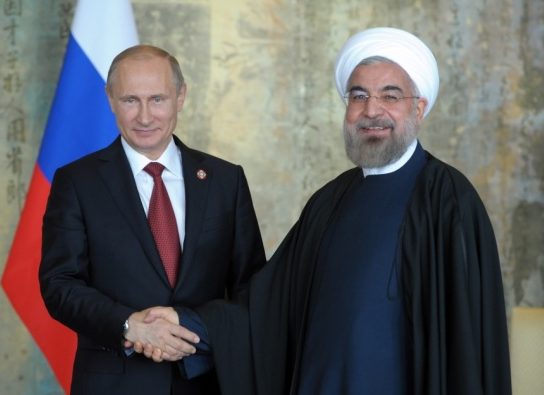 Iranian ambassador to Russia says Tehran and Moscow currently have their best relations ever at this juncture.

Iran’s ambassador to Russia Mehdi Sanai has, in an interview with Persia Digest, elaborated on the latest developments in Tehran-Moscow relations. The highlights of the interview follow.

Iran and Russia are having their best relations ever at this point in time. This comes on the back of a proper understanding of the dangerous and complex situation in West Asia, a proper assessment of Iran’s growing power and influence, and Russian President Vladimir Putin’s strategic farsightedness.

The two countries are not only going through a brilliant era of trade, industrial and military relations, but are working together in the fight against terrorism in Iraq and Syria.

With Iranian President Hassan Rouhani taking office, Tehran-Moscow cooperation entered a new phase. The presidents of both countries have met 9 times in three and a half years, and held phone conversations several times. The political will of both countries’ leaders and the common ground they have on regional and international developments have brought the two sides closer together. Iran and Russia are two powerful neighbours in a region beset by numerous challenges, and cooperation between the two sides to ensure stability and peace will bring about synergy between the two countries.

Another point is that Iran does not see its ties with Russia as a substitute to fill the void of relations with the West. We are not supposed to regard relations with a neighbor as a replacement for relations with other countries. Iran-Russia relations are taking shape based on the interests of both nations, and these relations will expand proportionate to the common ground between the two sides in terms of bilateral, regional and international approaches.