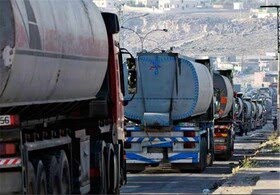 Iran’s special representative for Afghanistan says the Tehran administration has given the green light to exports of gasoline to the northeastern neighbor to help its people get through the frigid winter in the crisis-hit country.

In a tweet on Sunday, Hassan Kazemi-Ghomi said the three-month permit had been issued at the request of the caretaker Taliban officials in Kabul.

“In line with fulfilling the needs of Afghan people in winter and given a request by the country’s officials from the Islamic Republic of Iran, the permit had been issued for a period of three months,” reads the tweet.

Afghanistan relies on Iran for transit route and imports, including fuel. Iranian fuel flows have been vital to the country in the past few years.

The Islamic Republic of Iran Customs Administration (IRICA) had stopped fuel exports to Afghanistan since August 6, 2021 over the concerns about the safety of trading in the country.

Afghanistan’s economic crisis took a turn for the worse following the lightning takeover of the Taliban in mid-August last year. There has been a sharp hike in fuel prices, unemployment, and poverty among the people.

Following a humiliating withdrawal from Afghanistan, the United States imposed economic sanctions on Afghanistan, doubling the sufferings of its people.

Iran has been sending consignments of humanitarian aid to various Afghan cities over the past months.