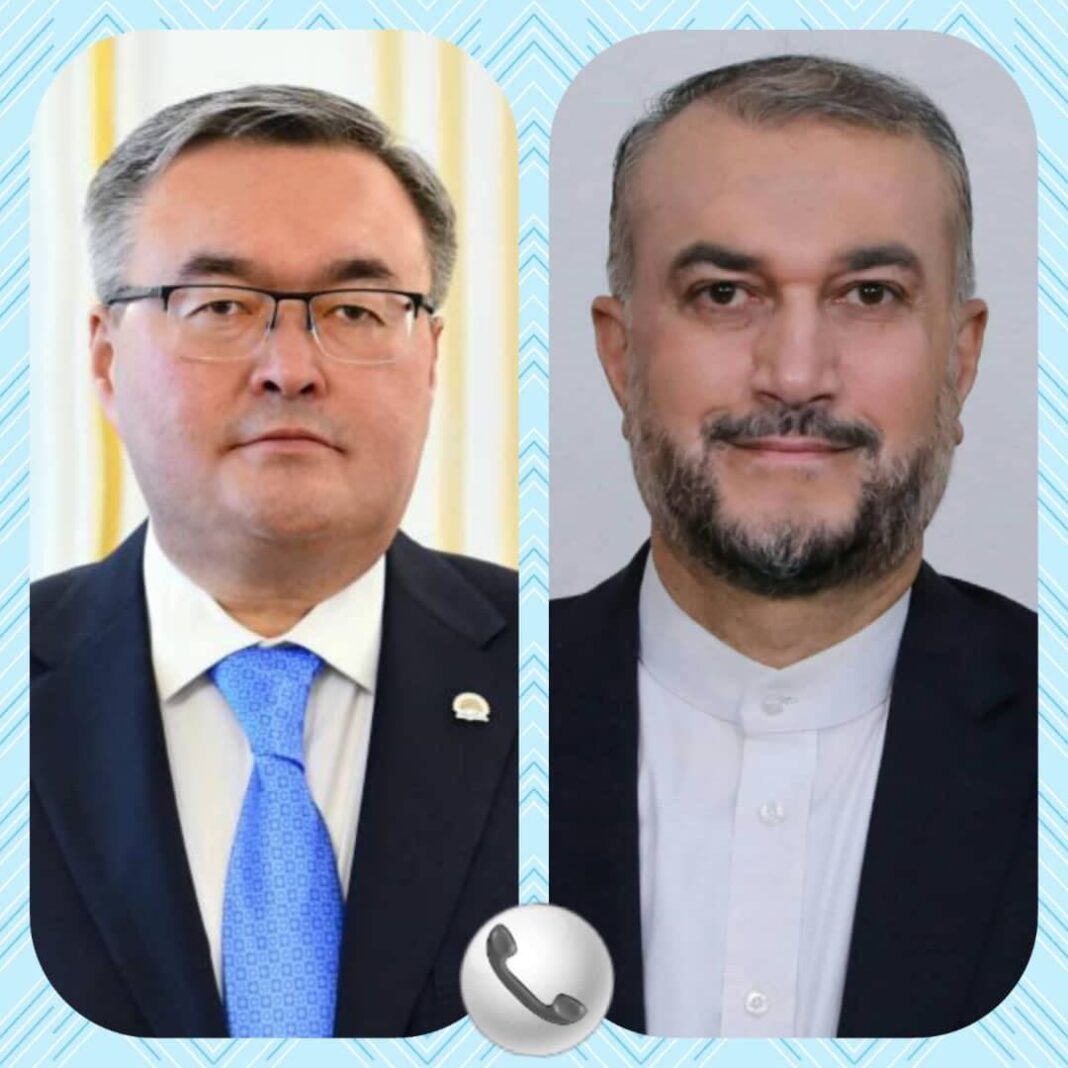 Amir Abdollahian also condemned foreign interference in Kazakhstan’s internal affairs. He added that the Islamic Republic of Iran has closely monitored developments in Kazakhstan since the beginning of the recent unrest there.

Amir Abdollahin stressed positive and friendly relations between Iran and Kazakhstan and the will of the two sides to continue, expand and strengthen ties as well as regional and international cooperation.

Tileuberdi also expressed pleasure with Iran’s position during the recent unrest, noting that the visit of Kazakhstan’s President Kassym-Jomart Tokayev to Iran is still on and the development of trade between the two countries is important for his country.

He also briefed Amir Abdollahian on the recent developments in his country, saying Kazakhstan will maintain friendly relations with the Islamic Republic of Iran.

Kazakhstan was the scene of violent protests several days ago over energy price hikes. The protests started on January 2. More than 160 people were killed and thousands were arrested after security forces intervened to quell the unrest.

Calm later returned to the country after the Collective Security Treaty Organization (CSTO) led by Russia deployed troops to the country’s capital Nur-Sultan and main city Almaty as well as several other cities to help with ending the violence.