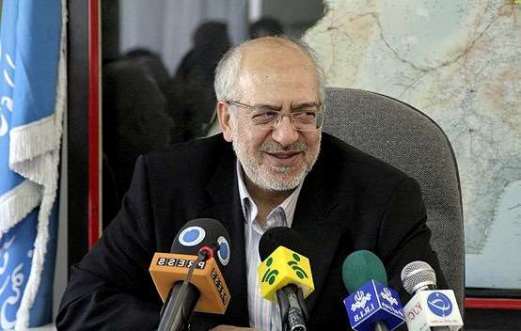 “Through unity and further sincerity we can halt extremist movements in the region and take steps towards consolidation of brotherly ties between the two countries.”

Pointing to the long-standing bilateral historical, cultural, political and economic relations, Nematzadeh said capacities of the two countries in different fields are abundant and efforts should be made to expand the fields.

He said despite pressures of the sanctions on Iran, fortunately all economic sectors are active and busy, adding that at least two banks should be established in both countries for the start of cooperation as it is essential for joint investment.

Meanwhile, the Qatari minister said in light of the support for the governments and removal of bottlenecks and activating of the private sector the two countries can place hope in the improvement of bilateral trade relations.

In another development, Minister of Economic Affairs and Finance Ali Tayyebnia in a meeting with his Qatari counterpart stressed an increase in the level of economic relations and announced the will of the both sides for the formation of joint investment committee.

Tayyebnia said fortunately Iran-Qatar ties have always been satisfactory but the volume of bilateral economic and trade relations is still far from acceptable.

Also speaking at the session, Sheikh Ahmad bin Jassim bin Mohammad al-Thani expressed willingness to take advantage of the opportunity to promote the level of trade and economic relations between the two countries.

He pointed to the construction of Al Ruwais Port in Qatar and said by the end of the current year grounds will be prepared for an increase in trade and commercial transactions between the two countries.