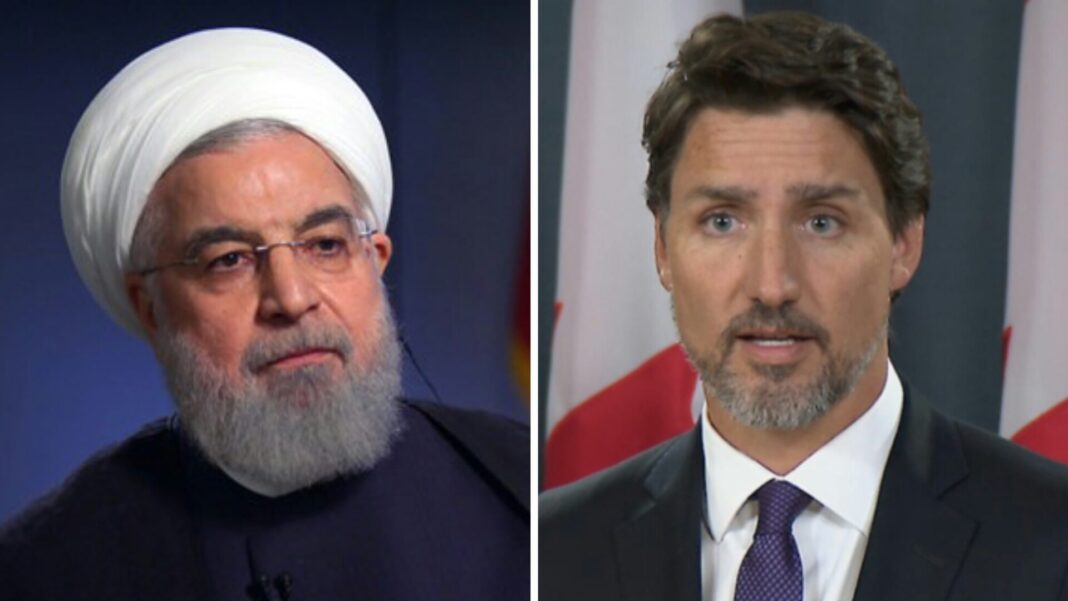 Iranian President Hassan Rouhani has told Canada’s leader that Tehran is ready for international cooperation to ascertain the facts surrounding the Ukrainian jetliner that was unintentionally shot down by Iran’s air defense on Wednesday.

In a telephone conversation with Prime Minister of Canada Justin Trudeau on Saturday, President Rouhani expressed regret at the crash of the Ukraine International Airlines plane that killed all passengers on board.

“Fruitful investigations have been conducted to find the reasons for this incident, and the complementary examinations are also underway rapidly and carefully until reaching the final result,” Rouhani told Trudeau.

He said Iran has launched efforts since the beginning of the accident to ascertain the facts surrounding the tragic and saddening crash, adding, “By obtaining any other results step by step, we will present them to the world public opinion.”

The Iranian president said he has ordered the necessary technical and legal investigation into the accident, adding, “Iran welcomes any international cooperation within the framework of international law to shed light on this incident exactly, and will provide all consular facilities to that end, and we are ready for the continuation of talks between the foreign ministers of Iran and Canada.”

President Rouhani also expressed Iran’s willingness for the expansion of ties between Tehran and Ottawa in various fields, including the promotion of regional peace and security, to help promote the welfare of Iranian nationals residing in Canada and serve the interests of the two nations.

The security in the delicate Middle East region has reached a “dangerous” point because of the US interference and measures, he added, noting, “Iran has proposed the Hormuz Peace plan to reduce the tensions, and we should all try to restore full stability and security to this region.”

Rouhani also denounced the US for fueling insecurity in the region and assassinating popular Iranian commander General Qassem Soleimani, stressing that regional security would be ensured only with the partnership of the regional countries.

In turn, the Canadian leader offered his condolences over the deaths of Iranian passengers in the Ukrainian plane, calling for mutual cooperation to ascertain the cause of the incident.

Canada is prepared for any cooperation with Iran for carrying the investigation into the accident, Trudeau noted, expressing hope that the two countries could hold more consultations in future over the issues contributing to regional security.

He finally hailed Iran for consular cooperation with the Canadian citizens, saying his country welcomes the enhancement of interaction and cooperation between the foreign ministers of the two countries on various issues.