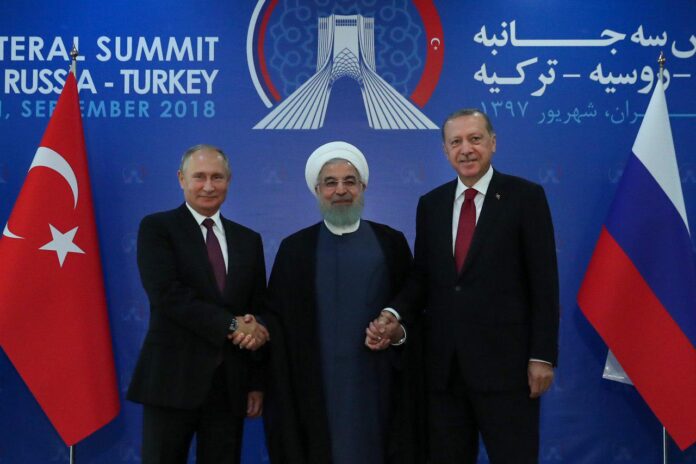 Governor of the Central Bank of Iran (CBI) says important agreements have been reached with Russia and Turkey on oil sales and ditching the US dollar in bilateral trade.

Abdolnasser Hemmati says during the tripartite meeting of Iran, Russia and Turkey presidents, productive economic meetings were held with the officials of these countries.

“The sale of oil, the purchase of basic goods, the expansion of banking relationships, the exchange of national currency with the aim of ditching the US dollar and the development of trade and economic relations were the main topics of negotiations and agreements with the two neighbouring countries,” wrote Hemmati on his page on Saturday.

Hemmati also noted he will follow up on the issue in his future meeting with the head of the Central Bank of Russia in Moscow.

The presidents of Iran, Russia and Turkey met on Friday in Tehran to discuss the future of Syria as well as other bilateral and business issues.

The use of national currencies in bilateral trade is what Iran, Russia, China, and Turkey are pursuing in a bid to ditch the US dollar in their business relations.