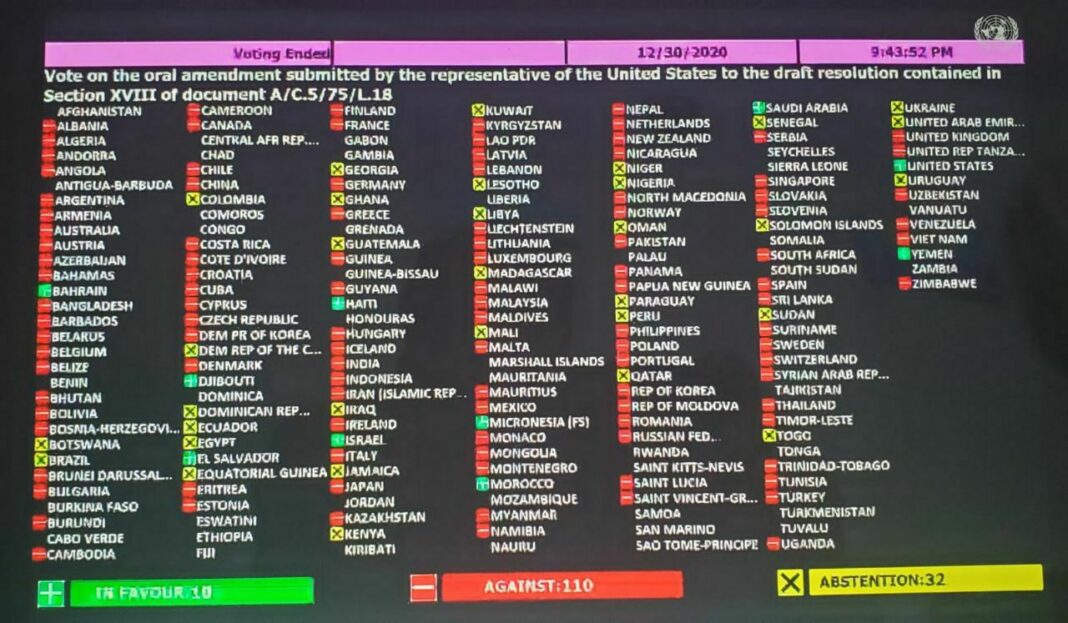 Iran’s foreign ministry spokesman has criticized the country's neighbours, including Iraq, for abstaining from voting against a US push at the United Nations to revive a committee charged with slapping sanctions against Iran.

Speaking to reporters on Monday, Saeed Khatibzadeh said Iran has expressed its discontent to its neighbours over the issue.

“The Iraqi prime minister announced his country is following up on this issue,” he said.

“We believe our neighbouring countries themselves know better that the United States’ unilateralism, actions and defiant moves have been to the detriment of the regional nations,” Khatibzadeh noted.

Meanwhile, he made it clear that Washington’s anti-Iran attempt failed, this time, too.

“The important point was that the United States failed, for the third time, in its moves at the United Nations against the Iranian nation,” he said.

“The US had already failed, two times, in its anti-Iran attempts at the UN Security Council. This shows the ever-increasing isolation of the White House,” Khatibzadeh explained.

“The US move to insert two clauses to revive the committee tasked with imposing sanctions on Iran was another humiliating defeat for Washington,” he added.

In its recent push against Iran, the United States tried to add two clauses to the United Nations’ budget plan to revive a committee tasked with imposing sanctions on Iran.

However, the proposal was rejected with an overwhelming “NO” vote by members of the UN General Assembly. Only 10 members voted in favour, and 110 voted against.

Several of Iran’s neighbouring countries abstained. Surprisingly enough, Iraq was among those countries.