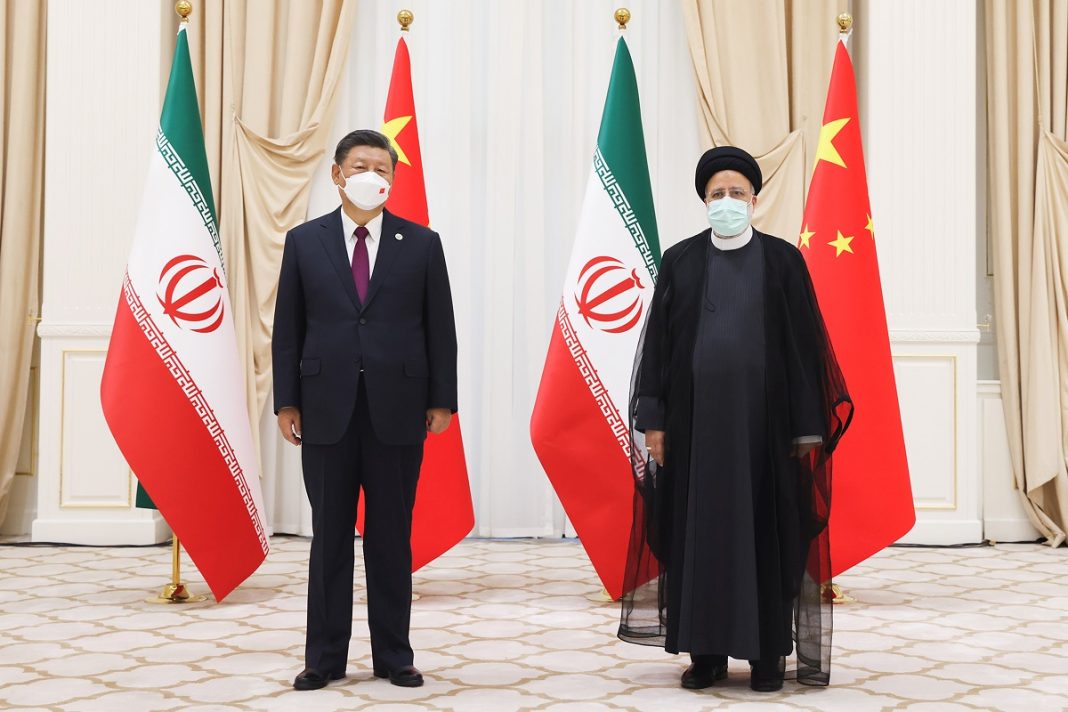 Iranian President Ebrahim Raisi hold separate meetings with leaders of the member states of the Shanghai Cooperation Organization, who are gathering in the Uzbek city of Samarkand for an annual summit.

On Friday morning, he sat down for talks with Chinese President Xi Jinping to explore ways of further expanding strategic economic cooperation between the two countries and promoting multilateralism.

Raisi thanked China for playing a role in facilitating Iran’s accession to the SCO and setting the stage for the country’s membership in the BRICS organization of emerging economic powers.

He described the 25-year-old strategic partnership agreement as the symbol of the Iranian and Chinese resolve to bolster their relations in all fields.

He said Iran-China ties were strategic and would continue to grow regardless of any international developments.

He emphasized the importance of promoting neighborly ties between the two countries and said Tehran knew no limits to the expansion of ties with Islamabad.

The two sides also welcomed an expansion of bilateral energy cooperation and stressed the necessity of removing the obstacles in the way of their joint efforts.

Raisi also discussed bilateral and regional issues in other meetings with the presidents of Tajikistan, Uzbekistan, Kirgizstan and Russia.

In talks with President Vladimir Putin of Russia, Raisi spoke about the US’s miscalculations in dealing with sovereign nations.

Putin also said the threats posed by the NATO military alliance are not limited to Europe alone but go beyond the continent.