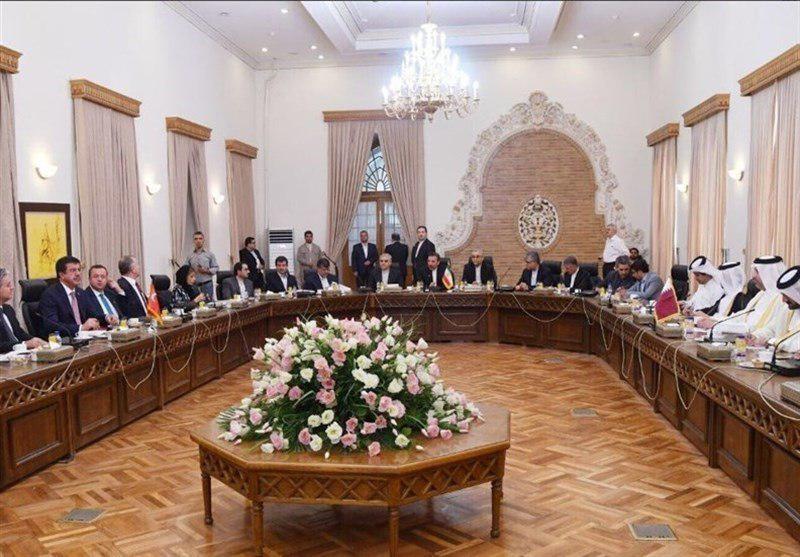 Officials from Iran, Turkey and Qatar discussed the creation of a joint trade route on the sidelines of President Hassan Rouhani’s swearing-in ceremony in Tehran.

Iran’s Minister of Communications and Information Technology Mahmoud Vaezi, Turkey’s Minister of Economy Nihat Zeybekci, and Qatar’s Economy Minister Ahmed bin Jassim Al Thani discussed the issue of a joint transit route on the sidelines of Rouhani’s inauguration ceremony, which was held in Tehran on Saturday.

During the meeting, the three ministers conferred on plans for the expansion of trade interaction between Tehran, Ankara and Doha, and considered the possibility of shipping Turkish goods to Qatar through Iran.

Turkey’s Zeybekçi had earlier announced that his country and the Doha officials have been thinking of replacing a commercial route.

“We concluded that the best route would be through Iran,” he said in an interview with Anadolu News Agency in Turkey.

The Turkish Minister also announced his country’s willingness to supply all the goods needed by Qatar. According to him, bilateral trade has increased dramatically in June and July, hence the two sides are keen to maintain and boost it.

In early June, Qatar’s three Arab neighbours, along with Egypt, cut land, air and maritime ties with Qatar on the pretext of the country’s relations with Iran alleging that Doha is supporting terrorism.