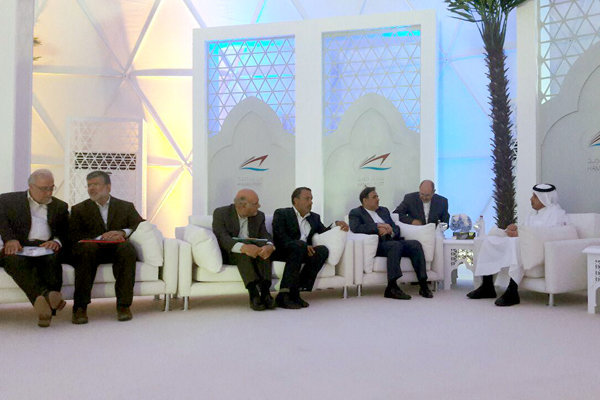 Iran and Qatar have signed a number of agreements in different fields including economy and urban development as part of a larger plan to expand bilateral relations.

Iranian Road and Urban Development Minister Abbas Akhoundi, who is on an official visit to Qatar, held talks with the Emir of Qatar Tamim bin Hamad Al Thani on Tuesday.

According to a Farsi report by ISNA, Akhoundi signed a number of MoUs on international transportation and transits with the aim of expanding economic cooperation among the Islamic Republic of Iran, Qatar and Turkey.

The Iranian minister, who has made the visit at the official invitation of the Qatari Emir, also took part in the inauguration ceremony of Bin Hamad port in Qatar. More than $7.1 billion has been invested in the construction of the port which connects Qatar to countries like India, Oman, Turkey and Pakistan.