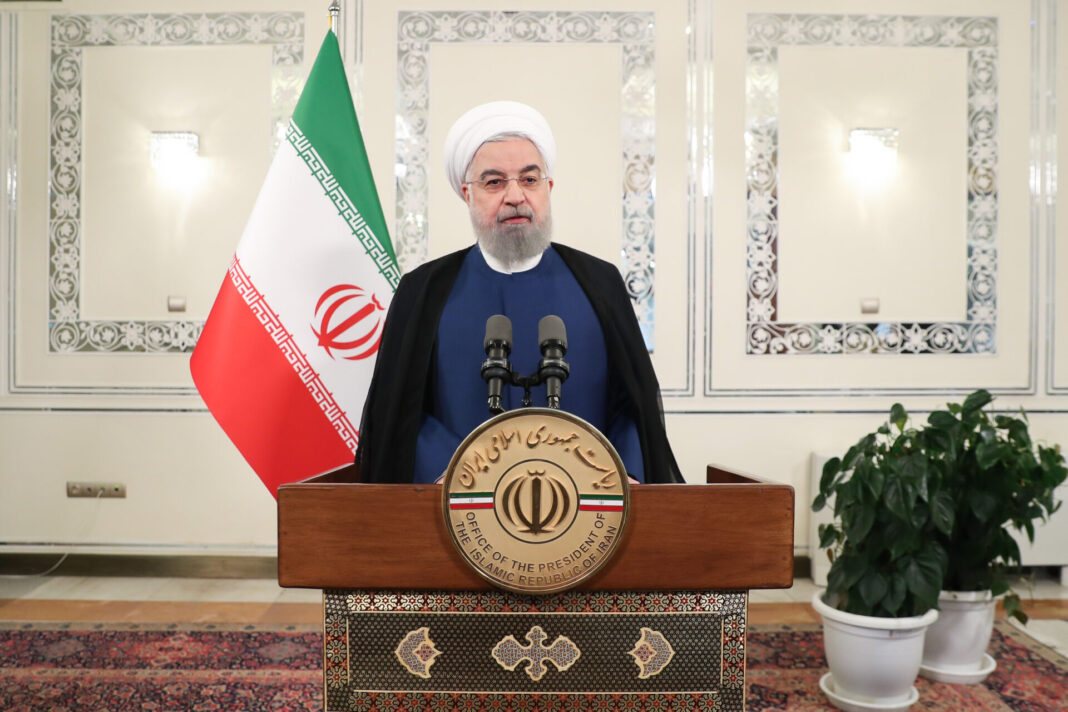 Iranian President Hassan Rouhani has delivered a speech to the 75th General Assembly of the United Nations.

What follows is the full text of President Rouhani’s virtual speech:

I am delighted to congratulate you, as the representative of our fraternal neighbor, Turkey, on your well-deserved election as the President of the Seventy-Fifth Session of the United Nations General Assembly. Allow me to wish every success for you, the honorable Secretary General and all your colleagues in your efforts to realize the goals and objectives of the United Nations.

The people of the world, having taken God-given blessings of health and security for-granted, were suddenly shaken by the outbreak of Covid-19. In spite of its tiny size, COVID 19 managed to challenge global management and national governance so seriously that the world’s most significant assembly is convening virtually through videoconference.

Covid-19 is now a “common pain” for humanity—thanks to the rapid growth of science, technology and the media. This common pain has demonstrated that despite all progress, our ignorance as humans far outweighs our knowledge. Covid-19 is calling us to more humility and humbleness before the Almighty and the Truth of Creation. It is guiding human societies towards civil piety in promoting social and individual ethics as well as preventing environmental degradation and manipulation of nature and unhindered interference in the Creation. This universal plague that has crossed over the fabricated boundaries of power and wealth reminds us, once again as members of human society, that it would be impossible to confront common global issues without global participation.

All of us across the globe are experiencing difficult times during the pandemic. However, my nation, the resilient people of Iran, instead of enjoying global partnership and cooperation, is grappling with the harshest sanctions in history imposed in blatant and gross violation of the Charter of the United Nations, international agreements and Security Council Resolution 2231.

The footage broadcast to the world concerning the treatment of an African American by the U.S. police is reminiscent of our own experience. We instantly recognize the feet kneeling on the neck as the feet of arrogance on the neck of independent nations. For decades, the valiant Iranian nation has paid a similar high price for its quest for freedom and liberation from domination and despotism. However, the Iranian nation has not only resisted the pressure, but  flourished and advanced while persistently pursuing its historical and civilizational role as the axis of peace and stability, the harbinger of dialog and tolerance and the champion of the fight against occupation and extremism:

Such a nation does not deserve sanctions. The response to peace is not war. The reward for combatting extremism is not assassination. The reaction to the choice of people through the ballot box in Iran, Iraq and Lebanon is not outside agitation and support for non-democratic processes and street riots.

Words and claims are not our yardstick. Actions are:

Here, I should express our appreciation to the presidents of the Security Council for the months of August and September 2020, as well as to thirteen of its members—especially Russia and China—who  twice said a decisive and resounding “NO” to the unlawful US attempt to exploit the Council and its Resolution 2231.

This is a victory not just for Iran, but for the global community—during the transitional international order in the post-Western world—that an aspirant of hegemony is humiliated in such self-created isolation.

Where can you find precedent for a government to renege, without any reason, on the outcome of 13 years of multilateral talks—also attended by its predecessor, shamelessly violate a resolution of the Security Council and even punish others for abiding by a UNSC resolution? And simultaneously claim to be seeking negotiations and a “big deal”?

The United States can impose neither negotiations, nor war on us.

Life is hard under sanctions. However, harder, is life without independence.

Political freedom at home is important. We—as the oldest democracy in the Middle East—are proud of our people determining their destiny and will not trade domestic freedom with foreign interference.

Democracy is the sovereign right of a nation, and not the right of interference by an outsider—let alone a terrorist and interventionist outsider that remains captive to the illusions of 19 August 1953, when its predecessors overthrew the only democracy in the Middle East through a coup d’état.

Dignity and prosperity of our nation are essential for us; and they are attained through diplomacy relying on national will coupled with resilience.

We are not a bargaining chip in U.S. elections and domestic policy.

Any U.S. administration after the upcoming elections will have no choice but to surrender to the resilience of the Iranian nation.

And for the world: Today is the time to say “no” to bullying and arrogance. The era of dominance and hegemony is long over. Our nations and children deserve a better and safer world based on the rule of law.

Now is the time for the right choice.