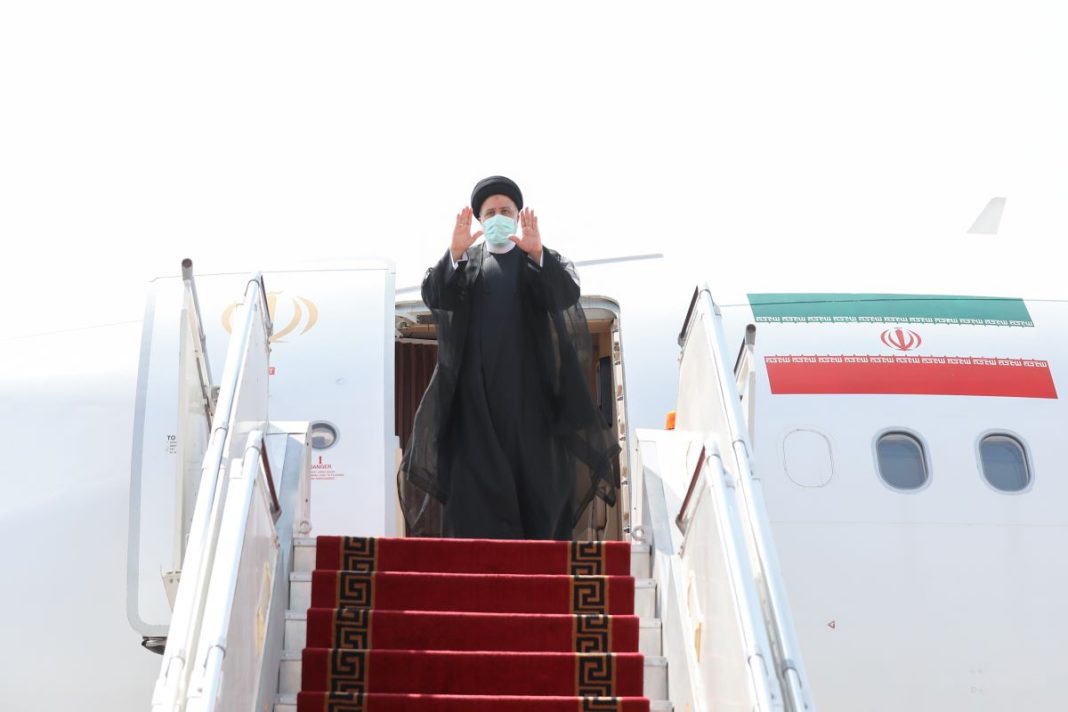 Iranian President Ebrahim Raisi headed to Uzbek city of Samarkand on Wednesday to participate in the Shanghai Cooperation Organization summit.

Heading a high-ranking Iranian delegation, including First Vice President Mohammad Mokhber, Raisi said improving the neighborhood policy, convergence, solidarity, and deepening multilateralism are among the goals of his visit to Uzbekistan.

President Raisi also said Iran will obtain full membership of the SCO during the summit and will officially become the ninth member state of the alliance.

Before embarking on the trip, the Iranian president said, “We have very good relations with Uzbekistan, and now our trade relations stand at 500 million dollars, but from the point of view of the two governments, this amount is not enough and should be increased.”

Based on official figures, Iran’s non-oil trade volume with permanent and observer member states of the SCO has increased by 29 percent in the second quarter of 2022 compared to the same period last year.

Iran’s application for full SCO membership was approved last September and the process of full membership kicked off.

The SCO was founded in Shanghai in 2001 by Kazakhstan, Kyrgyzstan, Tajikistan, Uzbekistan, Russia and China to resolve territorial disputes. However, it expanded to cover more areas, including security, economy, energy, and culture.