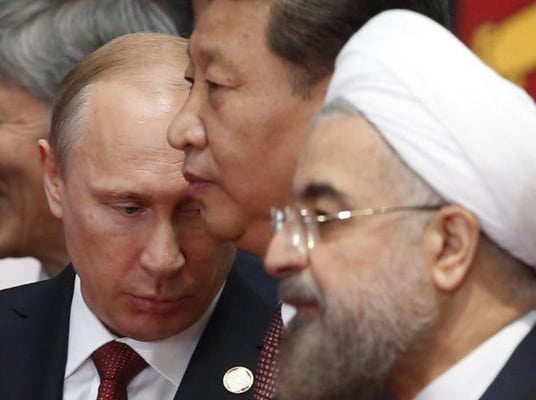 Iranian President Hassan Rouhani is going to meet his Russian and Chinese counterparts, Vladimir Putin and Xi Jinping, to discuss the fate of the 2015 nuclear deal.

The meetings will be held on the sidelines of the annual meeting of the heads of states and governments of Shanghai Cooperation Organization, to be held in the Chinese city of Qingdao from June 9 to 10.

According to a report by Tasnim News Agency, the timing of Rouhani’s trip to China is yet to be announced.

The future of the 2015 nuclear deal has become a hot topic in political circles after US President Donald Trump pulled the country out of the deal on March 8.

Rouhani said on Wednesday he will discuss the fate of JCPOA with other parties to the nuclear deal in coming weeks.

“If these five countries can protect Iran’s interests, particularly economic interests, we will continue the deal without the US. Otherwise, we will make the necessary decisions,” he said.

“With or without JCPOA, the country will be run properly,” he said, while speaking in a meeting between Leader of Islamic Revolution Ayatollah Seyyed Ali Khamenei and senior Iranian officials.

Rouhani will also make visits to Switzerland and Austria later in July.