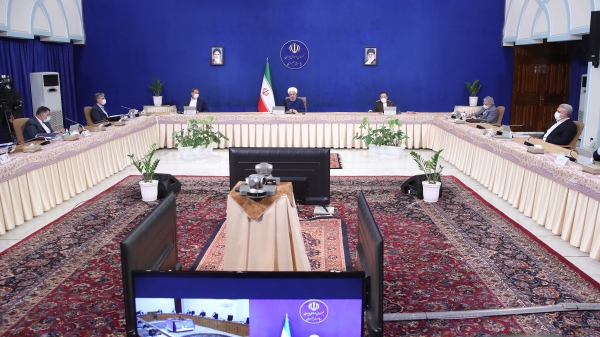 The Iranian president says the 2015 nuclear deal, officially known as the Joint Comprehensive Plan of Action (JCPOA), should be implemented to the letter, and any alternative agreement is out of question.

Hassan Rouhani noted Iran wants the very text of the JCPOA implemented as it is.

“We want the very text of the JCPOA [to be implemented], without a word being added to it or removed from it,” said the president.

President Rouhani reiterated that Tehran will return to full compliance with its obligations under the deal once the U-S removes all sanctions it has imposed on Iran.

“The first step is to remove sanctions. This is what the United States has to do. Of course others, namely the 4+1 group, should also help, but the main responsibility lies with the US. It is the US that created this problem, and it should remove all sanctions,” he said.

The president added Iran needs to verify the removal of sanctions first.

He said Iran will then dismantle any activity which may not be in line with the 2015 nuclear deal and fully abide by its commitments.

Elsewhere in his remarks, Rouhani touched upon the hardships that U-S sanctions have caused, especially for the country’s economy and medical sector.

He said the sanctions have hampered and delayed Tehran’s efforts to buy coronavirus vaccines.