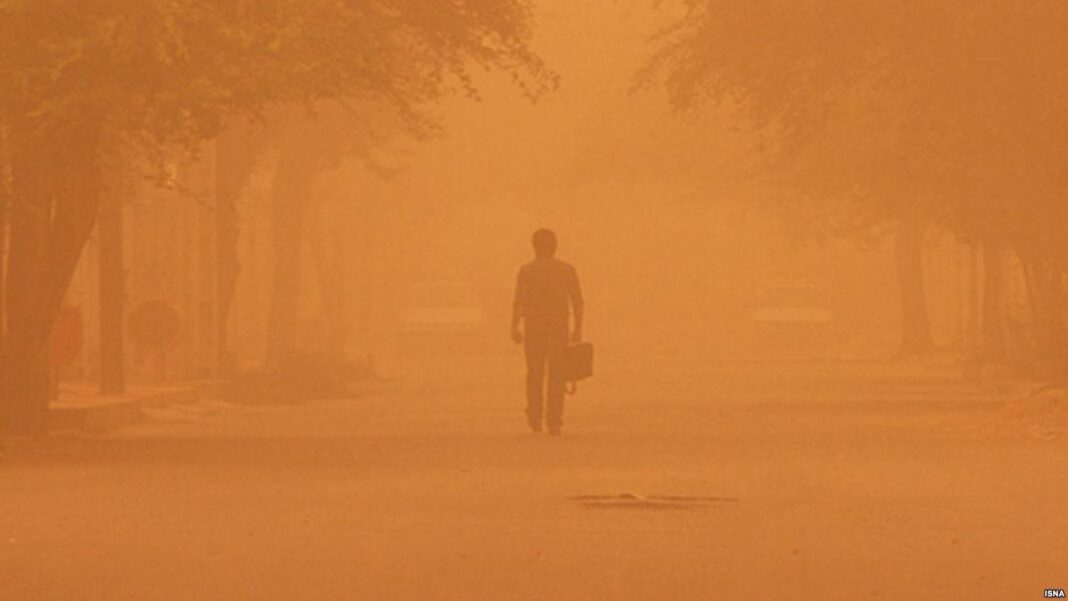 Rouhani on Monday asked Head of the Department of the Environment Issa Kalantari and Agriculture Minister Mahmoud Hojjati to follow up on plans to tackle pollution caused by particulate matter in Khuzestan province.

The two top officials were ordered to immediately take care of the government’s recent short-term programs to deal with the problem, which has plagued the lives of Khuzestan residents during the past years.

This comes as Khuzestan and Ilam have, in recent days, been seriously gripped by the problem of airborne particulates, and pollution has reached dangerous levels.

Khuzestan has seen dust storms and suffered from particle pollution for quite some time. High concentrations of particulate matter have forced the closure of schools several times, resulted in respiratory diseases for locals and disrupted people’s normal lives.

A major source of dust storms is Iran’s western neighbours, but the sand and dust storms also have domestic origins, which must be dealt with as soon as possible.