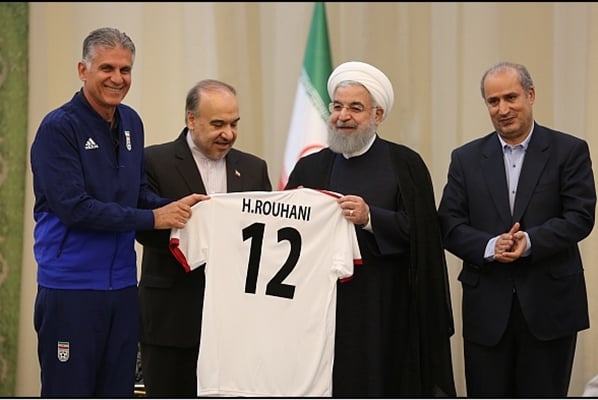 Iranian President Hassan Rouhani warmly received the Iranian national football team before its departure for Turkey where it will prepare itself for the FIFA World Cup 2018 in Russia.

During the Sunday meeting, President Rouhani thanked the national team members as well as its head coach Carlos Queiroz for their hard efforts to be qualified for the world cup.

The meeting was also attended by the Iranian referees’ delegation to the world showpiece.

Earlier Sunday, Queiroz named his provisional 24-man squad for the world cup, choosing the players out of the preliminary 35-member squad. The final squad will be announced to the FIFA by June 4.

Team Melli is set to travel to Istanbul on Monday to hold a training camp in the country. The team will face Turkey football team on May 29 in a friendly match as part of its preparation for the 2018 World Cup.

Iran has been drawn in Group B of the 2018 World Cup along with Morocco, Spain and Portugal.

The Iran national football team will open the campaign with a match against Morocco at Saint Petersburg on June 15. 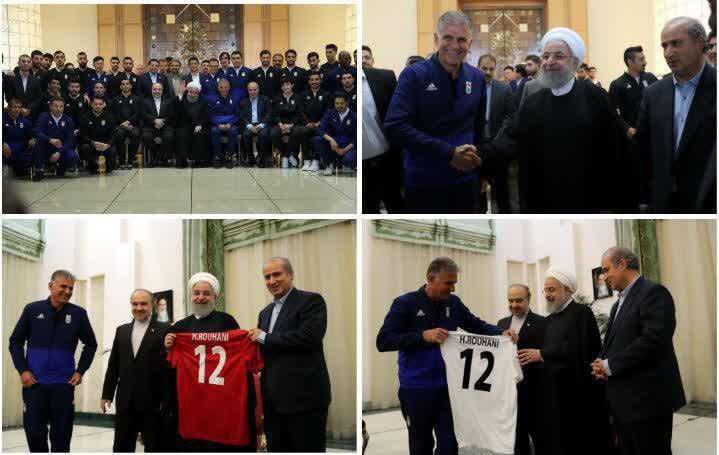