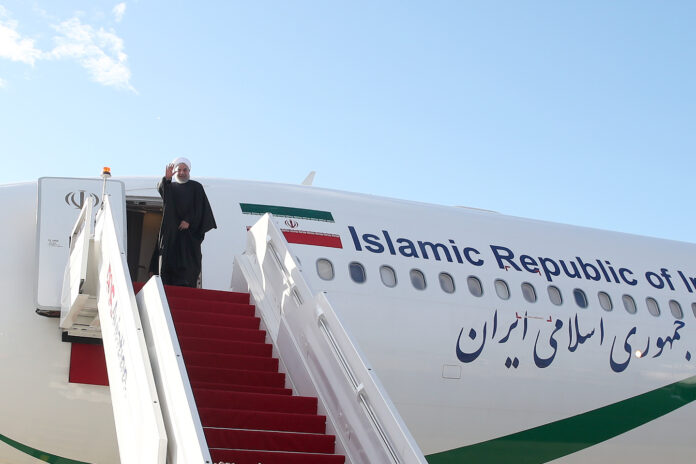 Iranian President Hassan Rouhani has left the Malaysian capital of Kuala Lumpur for Tokyo, the capital of Japan, where he is going to hold key talks with top Japanese officials.

Rouhani left Malaysia early Friday after a three-day trip, which was made upon the invitation of Prime Minister Mahathir Mohamed and with the aim of attending the Kuala Lumpur 2019 Summit.

During his stay in Kuala Lumpur, Rouhani participated in the KL Summit and delivered a speech before the world leaders and officials attending the event.

He also elaborated on the Islamic Republic’s regional and international policies and strategies at the Round Table Session of the Priority of Development and the Challenges held on Thursday.

Addressing top Muslim world leaders and officials participating in the session, the Iranian president presented plans for the development and progress of the Muslim world and ways to encounter the challenges ahead of Muslim people.

On the first day of his trip to Malaysia, President Rouhani held a friendly meeting with Iranian expatriates living in the country. In the meeting, representatives of university professors, students, and businesspeople raised their problems, and urged that the issues are resolved with the president’s help.