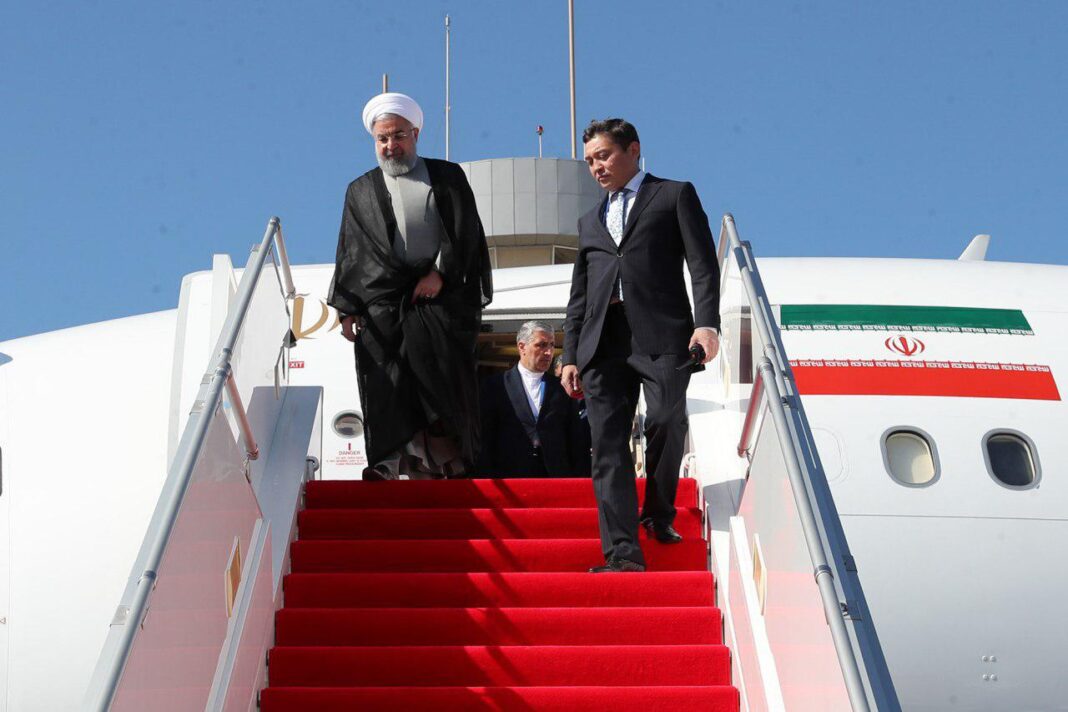 Iranian President Hassan Rouhani is in the Kazakh port city of Aktau to attend the fifth summit of the leaders of five states bordering the Caspian Sea, during which a long-awaited convention on the legal status of the sea is to be signed.

Iran, Azerbaijan, Kazakhstan, Russia and Turkmenistan have been bargaining over their share of the inland sea since 1991, when the breakup of the Soviet Union rendered obsolete previous agreements between Tehran and Moscow.

The Caspian’s vast hydrocarbon reserves have made a deal complex to achieve in the past decades. The littoral states are yet to finalize agreements on the boundaries of seabed and subsoil of the sea and its baselines, and the issues are not going to be resolved in the deal due to be signed Sunday.

The Iranian president is to outline Iran’s views about the Caspian Sea legal regime in the meeting expected to be held Sunday afternoon.

Speaking before departing Tehran for Kazakhstan, the President said the convention is a big step forward for settling differences about the Caspian Sea’s legal status.

“This convention totally bans the presence of external warships and this is highly important for national security of the Caspian Sea littoral states,” he said.

Rouhani said the deal gives the Caspian Sea a special legal status, which means the sea will not fall under international laws and the littoral states can decide about it on their own.

“Overall, this is an important convention that takes us one step forward, although some very important issues will be left for the future,” he said.

Rouhani said the leaders of Caspian Sea littoral states are to sign agreements on trade and economy, transit, anti-terror collaboration and border cooperation.

The five countries will also discuss grounds for closer cooperation in tourism and oil and gas sectors, he said.

On the sidelines of the meeting, Rouhani will sit down for talks with Kazakh President Nursultan Nazarbayev. Rouhani will likely meet his Russian counterpart Vladimir Putin as well, Russian Foreign Minister Sergey Lavrov said on Saturday.