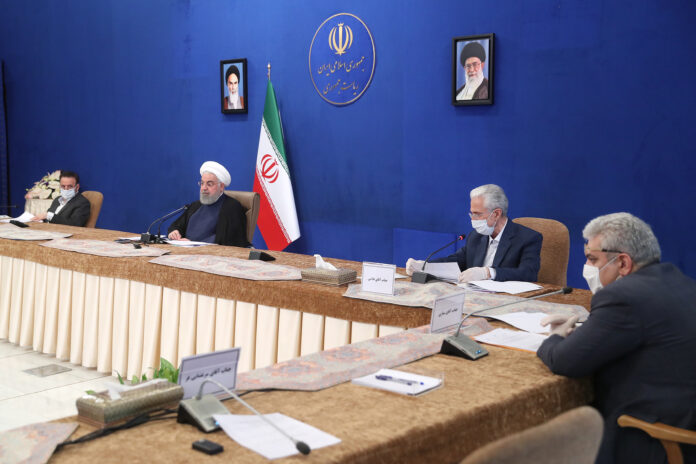 President of Iran Hassan Rouhani has highlighted the rapid progress that the science and technology parks have made in the country over the past couple of years, saying such valuable asset has helped Iran cope with the coronavirus epidemic.

President of Iran Hassan Rouhani has highlighted the rapid progress that the science and technology parks have made in the country over the past couple of years, saying such valuable asset has helped Iran cope with the coronavirus epidemic.

President Rouhani also stressed the importance of strengthening the connection and cooperation among the universities, the science and technology parks and the factories, saying such collaboration will benefit the interests of all three sectors.

Describing the science and technology parks as a “valuable hidden asset”, the president said such parks play a significant role in boosting the knowledge-based economy as well as the employment of university students and graduates.

“Little by little we must evaluate our universities on the basis of the number of science and technology parks and the way they can transfer science to the market through these parks. It means that we must deliver our science, knowledge and technology to the end user,” President Rouhani underlined.

He further praised the local knowledge-based companies for satisfying the domestic demand for medical and protective supplies in the fight against the novel coronavirus, saying the capability to fulfill the domestic needs and pave the way for the export of masks, disinfectants and medical ventilators demonstrates the country’s success to attain self-sufficiency and create knowledge-based economy.

Pointing to a global race to beat COVID-19 by making a vaccine, President Rouhani said Iran has also entered this competition. “If we manage to take a step forward and achieve (the vaccine) sooner than the others, it will be significant in terms of glory, health, saving humans, and economy.”

The president further recommended that the 43 science and technology parks across the country share duties and focus on specialized fields relating to diagnosis, production of medical supplies and treatment

He then made a reference to a report from Vice President for Science and Technology Sorena Sattari, saying Iran will start exporting COVID-19 serology-based testing kits in the coming weeks after meeting the domestic demand.

The president also emphasized that the local knowledge-based companies can play a leading role in mitigating the economic and social consequences of coronavirus epidemic.

While people have to stay home, the knowledge-based enterprises can fulfill their needs via the virtual space, provide the necessary information in the cyberspace, and lessen the economic impacts of the pandemic, the president concluded.