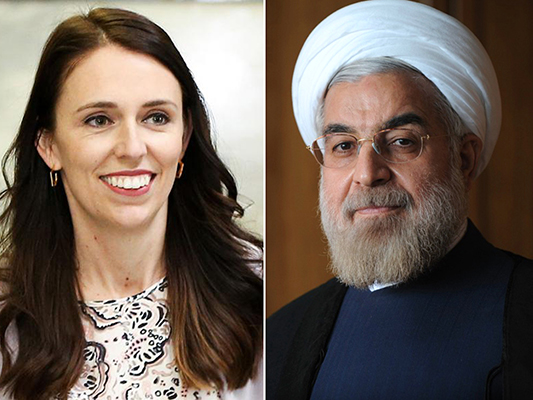 In his Tuesday message, Rouhani “sincerely” congratulated Ardern’s election as the new Prime Minister of New Zealand, and wished her success in carrying out the “important responsibility”.

“Given the political will and efforts of the high-ranking officials of the two countries, I hope bilateral relations between Tehran and Wellington would further develop.”

The Iranian president also wished health and success for Ardern and prosperity and felicity for the people of New Zealand.

On 19 October 2017, New Zealand First Leader Winston Peters announced that his party would form a coalition with Labour, making Ardern the next Prime Minister, and the second youngest in New Zealand’s history.