Iran Condemns Any Kind of Pressure on Qatar: Rouhani 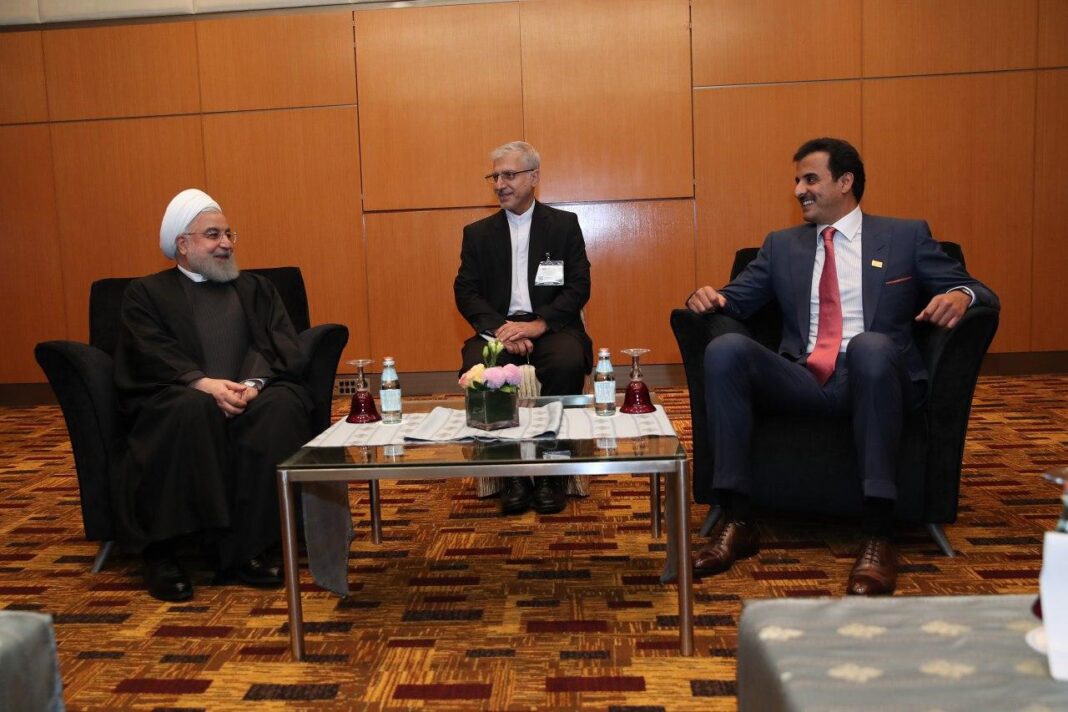 Iranian President Hassan Rouhani has condemned any kind of pressure imposed on Qatar while underlining the need to forge closer cooperation between the two countries on all fronts.

Rouhani made the remarks in a Thursday meeting with Qatari Emir Sheikh Tamim bin Hamad Al-Thani on the sidelines of the Kuala Lumpur Summit 2019.

Rouhani stressed the importance of enhancing relations in all areas, and said, “We have stood by Qatar and will continue to do so, and we condemn any pressure and tightening the grip on this country.”

He urged Qatar to use its proximity with Iran to boost its economic and trade relations.

“The two countries can have close cooperation in different areas,” he said.

President Rouhani underlined that Tehran and Doha can meet many of each other’s needs under the current economic conditions.

“We can work together in making joint investments,” he said.

The Qatari Emir, in turn, expressed pleasure to have met the Iranian president, saying Tehran and Doha enjoy special relations. He called for more contacts between the two countries.

He also thanked Iran for its stance on Qatar sanctions. He also said Iran and Qatar can weather the current tough situation they are facing.

Rouhani and the Qatari emir met on the sidelines of the Kuala Lumpur Summit 2019, a gathering of Muslim world leaders, also attended by Turkish President Recep Tayyip Erdogan.