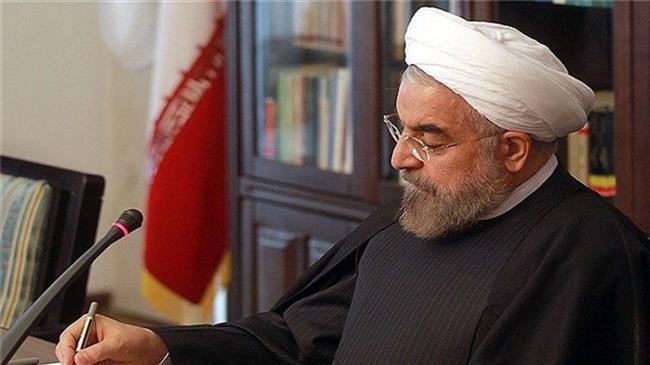 In the letter sent on Thursday, Rouhani called for more cooperation between the two countries in various fields.

“I hope that through more efforts, we will witness the expansion of ties in bilateral and multilateral aspects,” Rouhani said.

The anniversary of Jordan’s independence came days after the relocation of the US embassy from Tel Aviv to the occupied holy Jerusalem al-Quds amid international opposition.

The Jordanian king reacted to the embassy move, warning it would have serious repercussions for the security and stability in the Middle East, and seriously hurt the feelings of both Muslims and Christians.

The Iranian president and King Abdullah held a brief meeting on the sidelines of the emergency summit of the Organization of Islamic Cooperation (OIC) in Turkey on May 18.

King Abdullah is a pro-Western monarch but Amman’s ties with the US and Saudi Arabia have recently been shaken over the issue of Palestine.

Riyadh’s reported coziness to Israel has worried Jordan which is in charge of the major Muslim shrine complex on the Temple Mount, the al-Aqsa Mosque.