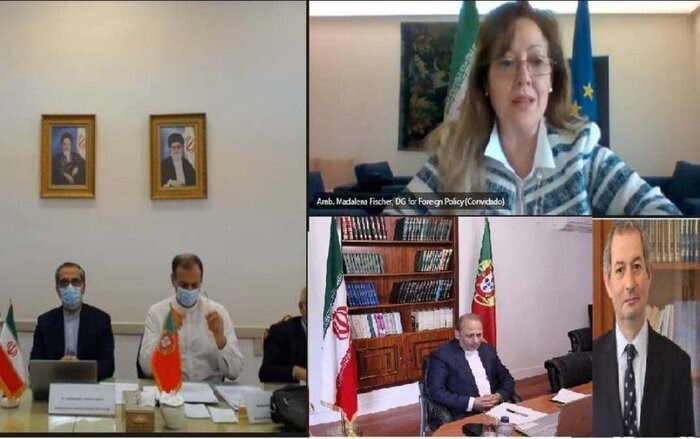 Iran and Portugal has held a third round of their political consultations in a virtual meeting.

The two sides highlighted age-old relations between the two countries, and discussed ways of upgrading reciprocal ties in political, economic and cultural domains.

They also reviewed developments in West Asia, especially in the Persian Gulf region, and underscored the only way to solve regional problems is dialogue, cooperation and confidence-building.

The two sides further welcomed initiatives to enhance relations based on international principles and regulations.

The Portuguese official recalled that his country, while holding the presidency of the European Council, seeks to establish closer engagement with Iran with regards to regional and international issues.

The two side also reiterated the significance of preserving the 2015 nuclear deal, officially known as the Joint Comprehensive Plan of Action (JCPOA), as a major achievement of multilateral diplomacy.

They stressed the need to back constructive diplomatic efforts to ensure the full implementation of obligations under the JCPOA.
The Iranian official, for his part, stressed that Iran will fully comply with its commitments only after US sanctions are completely lifted.

He said the Iranian government is committed to implementing the parliament’s legislation on sanctions at the designated time as specified in Iran’s letter to the International Atomic Energy Agency.