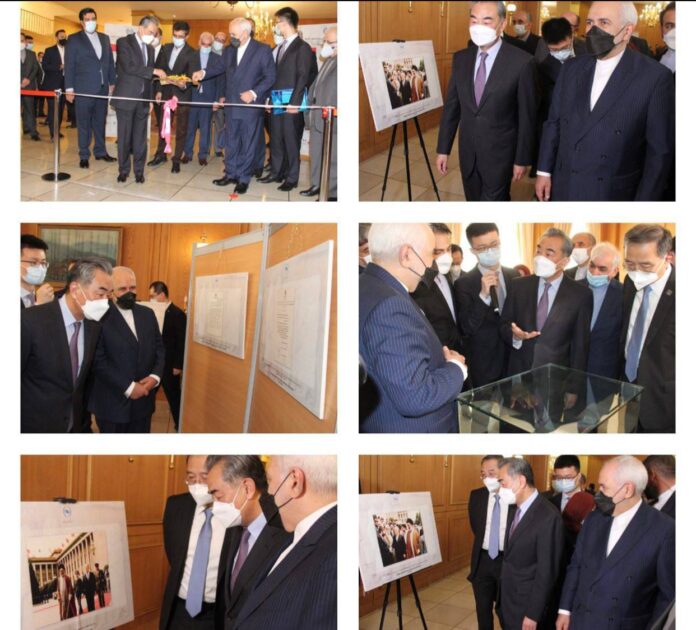 An exhibition of documents related to Iran-China diplomatic relations has been opened at the Iranian Foreign Ministry’s Institute for Political and International Studies (IPIS).

Following the inauguration, the two top diplomats visited various sections of the exhibition and the documents showcased in it.

It was opened on the 50th anniversary of the establishment of diplomatic relations between the Islamic Republic of Iran and the People’s Republic of China.