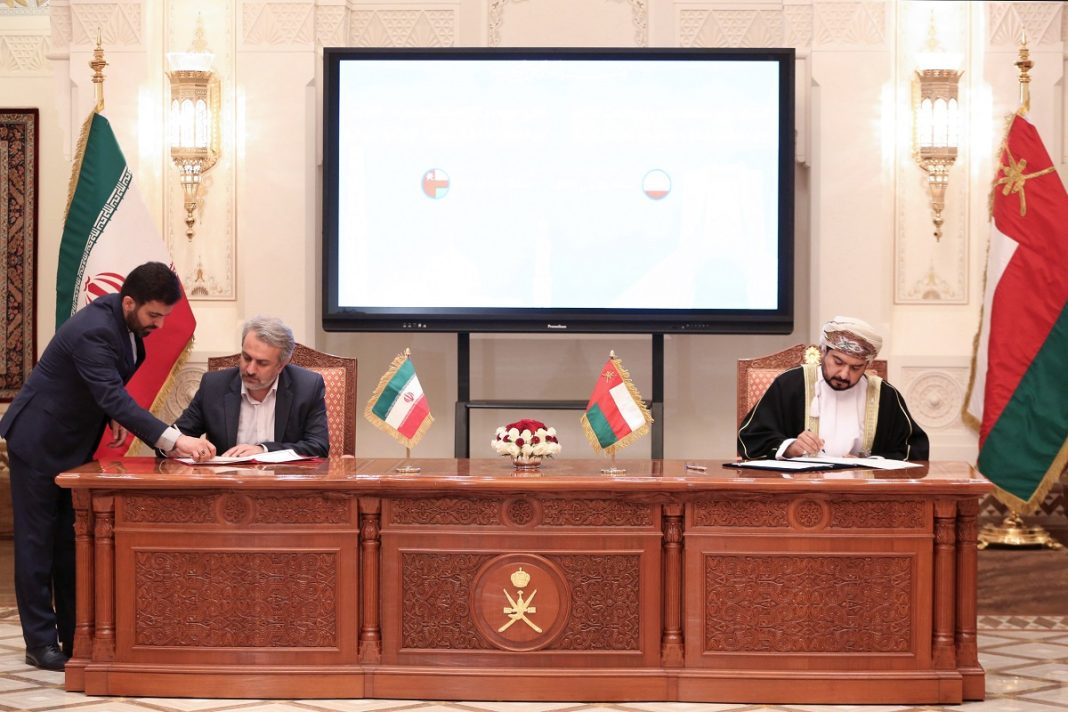 Several other trade agreements were signed by Iranian and Omani officials. Top Iranian officials are accompanying President Ebrahim Raisi in his official trip to Oman.

Over the past 50 years, the two neighboring countries have moved on a trajectory of sustained coexistence and mutual respect in their diplomatic relationship, irrespective of occasional hiccups in ties between Iran and some Arab states of the region.

The visit by President Raisi to Muscat comes as part of his administration’s agenda to bolster trade diplomacy with regional countries.

Since President Raisi took office back in August 2021, Tehran has broadened its focus on boosting ties with the regional and neighboring countries.

President Raisi seeks to promote trade with neighboring countries instead of waiting for Western powers to ease the US-led sanctions regime against Iran.

To this end, Raisi has called for strengthening regional bonds especially in the Persian Gulf region.

His two-day visit to Oman is decisive, sensitive and effective which can pave the way for further improvement of Iran’s relations with other Persian Gulf states at a time of the most draconian sanctions on Iran.

Last year, Iran and Oman recorded bilateral trade of $1.3 billion, but they are looking to make maximum use of their potentials in various sectors of economy and investment opportunities to raise it to new highs.