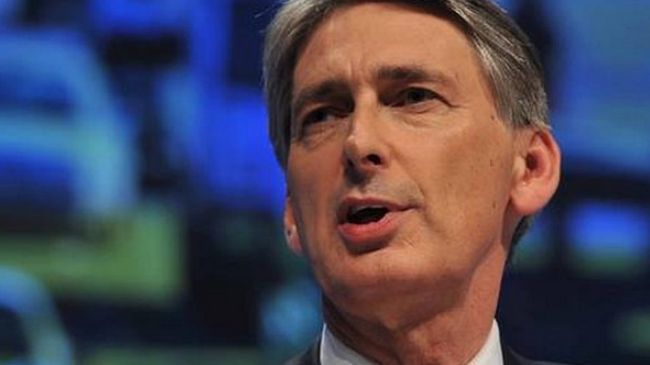 Hammond made the remarks on Monday after an agreement between Iran and the six world powers to extend the nuclear talks to July 1, 2015.

“There will be no pause, we will have meetings through December, we are determined to get to the outline of an agreement within the next three months and then spend the remaining period of the extension working out the precise detail and the technical schedules that would have to be done anyway,” he said.

Hammond expressed regret over the fact that the two sides did not reach a final agreement before the deadline, but hailed the significant progress the parties made in the latest round of negotiations.

“Well it’s a disappointment (failing to meet the Monday deadline) but as you say, there has been momentum and there has been good will on both sides and the atmospherics are positive,” he said.

In their last round of talks before a November 24 deadline for reaching a comprehensive nuclear deal, Iran, the United States, Russia, China, Germany, France and Britain held nearly a week of intense negotiations in Vienna on how to tackle the remaining obstacles that exist in the way of reaching an agreement.

Under the Joint Plan of Action reached between the two sides in November 2013, a final comprehensive deal aims to give assurances that Tehran’s nuclear program is exclusively peaceful and, at the same time, lift all sanctions imposed against the Iranian nation over the country’s nuclear program.