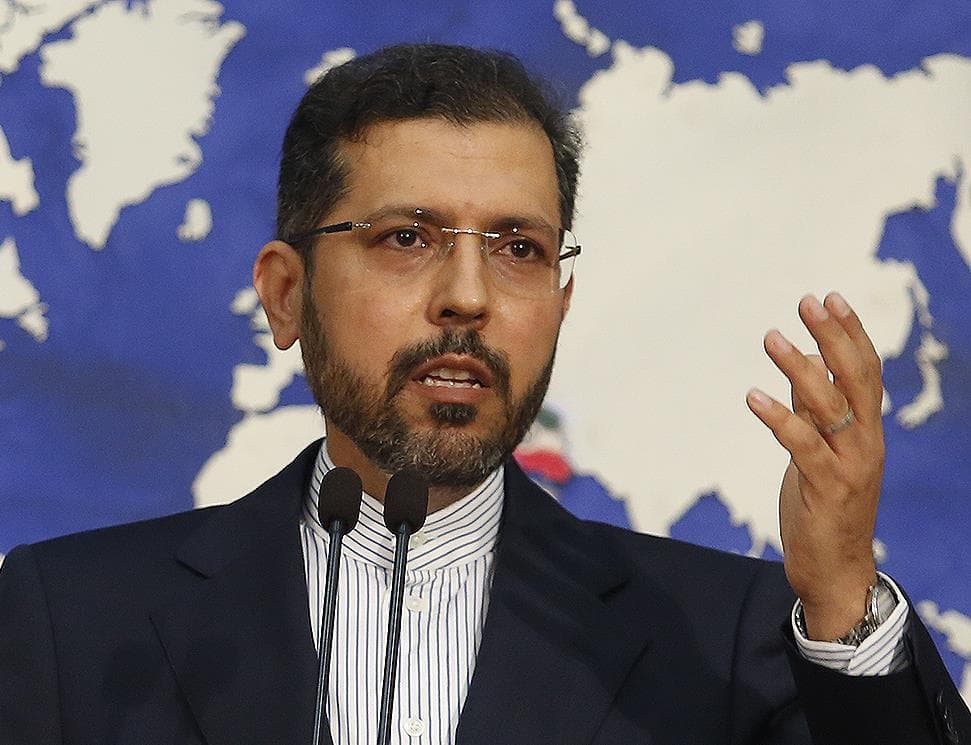 The GCC has called for what it calls an effective and serious approach to Iran’s ballistic missile and nuclear programs. It also claims Iran threatens regional stability with its missiles.

Now the Iranian Foreign Ministry spokesman says Tehran will not tolerate any interference in its nuclear and missile programs. Khatibzadeh said such statements are the continuation of an unconstructive and flawed view adopted by some GCC member states.
He also reiterated the unchanging and unequivocal position of Iran, saying the three Iranian islands of Abu Musa and the Greater and Lesser Tunbs are an integral and eternal part of Iran’s territory.

Khatibzadeh added that Iran considers any territorial claim to these islands as interference in its internal affairs and territory and condemns it strongly.

He said all actions of Iran on the islands have been carried out in line with its inalienable rights and in accordance with the country’s sovereignty and territorial integrity and does not and will not have any impact on the existing legal and historical realities.

The Iranian Foreign Ministry spokesman underlined that the new government in Tehran, based on its strategic vision, has always believed that the solution to the region’s problems is interaction and cooperation with neighbors and it welcomes positive initiatives aimed at developing relations with them in accordance with international rules and regulations.