Iran Front Page
Home Politics Nuclear Iran Not to Give IAEA Any Access beyond NPT: Spokesman

Iranian Foreign Ministry Spokesman Saeed Khatibzadeh says the Islamic Republic has not provided the International Atomic Energy Agency (IAEA) with any access beyond the Non-Proliferation Treaty (NPT) and won’t do so in the future.

“Iran’s cooperation with the IAEA is within the framework of NPT and our commitments,” Khatibzadeh said in a press briefing on Tuesday.

“We haven’t given them any further access and won’t do so,” he underlined.

“Our interaction with the IAEA so far has been a technical and respectful one despite certain differences,” he noted.

He said Iran has always cautioned the IAEA about certain irresponsible behaviours.

“We hope the IAEA’s new approach would remain a technical and professional one. Until then, we’ll continue our relation with the IAEA based on the same framework,” he added. 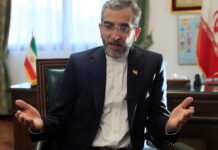