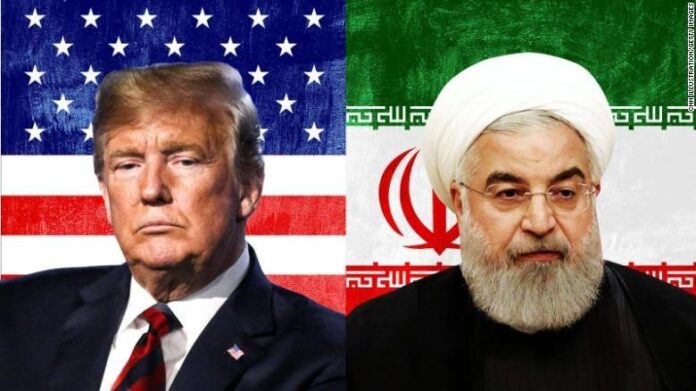 A political analyst says Iran will not easily come to the negotiating table with the US since, it that case, it would have to give Washington many concessions.

On Friday, the Board of Governors of the International Atomic Energy Agency (IAEA) adopted a resolution against Iran in which it asked the Islamic Republic to cooperate with IAEA inspectors immediately and allow them access to two sites of interest. This resolution was passed after 8 years with the votes of Britain, France and Germany, the three European countries which have taken no positive step to convince Iran despite claiming to be supporting the Iran nuclear deal, officially known as the Joint Comprehensive Plan of Action (JCPOA).

Moreover, in reaction to a tweet by Iranian Foreign Minister Mohammad Javad Zarif who had said Iran has nothing to hide, Brian Hook, the head of the Iran Action Group at the US State Department, noted that the IAEA Board of Governor’s resolution was very important and a cause for serious concern. Hook said IAEA inspectors should not have any problems gaining full access.

In an interview with Khabar Online, Mahdi Motaharinia, an expert on international issues, weighed in on the issue. The highlights of the interview follow.

What is going on at the Board of Governors is making efforts to set the stage for increasing the pressure on Iran and returning the country’s nuclear dossier to the pre-JCPOA era. The domestic situation in Iran indicates strong signals about the current circumstances in the country within the framework of the crises which have emerged over the past four decades following the victory of the 1979 Islamic Revolution, growing expectations of people, especially the younger generation, and the pressure exerted on people from different walks of life as a result of revolutionary struggles.

On the other hand, crippling sanctions coupled with the “maximum pressure” policy adopted by the US following its withdrawal from the JCPOA have, to a great extent, had conspicuous impacts within society. Moreover, we are seeing that a very harsh war of words exists between Iranian and American officials at the political level, with the JCPOA at the centre of the dispute, which has led to confrontation in the form of a “war of honour”. All this comes at a time when the United States, with Donald Trump as its president, has announced it would tear up the JCPOA. Furthermore, in reaction, the Leader of Iran’s Islamic Revolution Ayatollah Seyyed Ali Khamenei spoke of setting the JCPOA on fire.

Now, two years on since the US pullout from the JCPOA, with Iran having taken 5 steps to scale down its commitments under the nuclear deal and having given a 60-day ultimatum in the wake of those steps, Tehran has adopted no other measure to further decrease its obligations. Under such circumstances, the Americans realized that pursuing the “maximum pressure” policy against Iran in addition to crippling sanctions might work. Accordingly, we can say that the Americans have assessed those measures as a positive step.

The US want a resolution passed that would maintain the arms embargo against Iran, so that Trump would emerge victorious in the November election. Based on the chaos paradigm and by pursuing a mega policy of ambiguity and complexity and with reliance on the Jujitsu strategy, Trump has always announced the Washington is ready for talks with Tehran. He knows that Iran’s Leader has always ruled out the possibility of talks with the US, and that no negotiations will take place at last. So, Iran’s rejection of Washington’s offer of talks would see the world public opinion lean toward the US. Hence, Trump can take advantage of the situation and, given the backing of public opinion, may enter a limited military action against Iran, arguing it was Tehran that did not accept America’s offer of talks.

What is clear is that Iran will not easily come to the negotiating table with the US. Iran knows well that if it sits down for talks with America, it will have to give numerous concessions to Washington.

Trump seeks to get a resolution passed at the UN Security Council that would ban any arms trade for Iran. He has also set the scene for activating the “trigger mechanism” in cooperation with the European Troika at the IAEA. Trump also wants to get through the coronavirus crisis and the anti-racism protests in the US to lay the groundwork for reviving America’s economy. All these moves are aimed at allaying concerns during his election campaign.